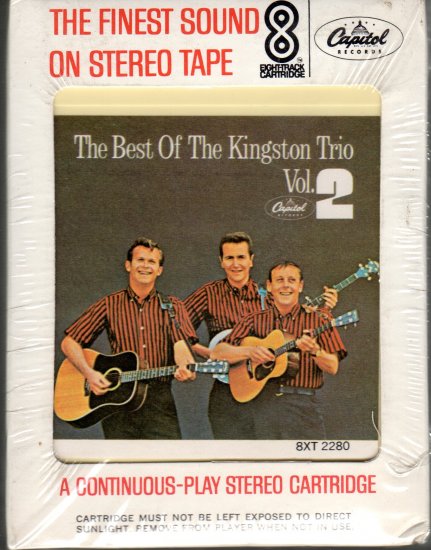 Tweet
an American folk and pop music group that helped launch the folk revival of the late 1950s to late 1960s. The group originated as a San Francisco Bay Area nightclub act with an original lineup of Dave Guard, Bob Shane, and Nick Reynolds. It rose to international popularity, fueled by unprecedented sales of 33 1/3 rpm long-playing record albums, and helped to alter the direction of popular music in the U.S.

The Kingston Trio was one of the most prominent folk music groups of the era's relatively short-lived pop-folk boom that their success helped to create. Beginning with their first album released in 1958—which included the hit recording of "Tom Dooley" that sold over three million copies as a single, the Trio released nineteen albums that made Billboard's Top 100, fourteen of which ranked in the top 10, and five of which hit the number 1 spot. Four albums charted during the same week among the Top 10 selling albums in December 1959, a record unmatched for nearly 50 years, and the group still ranks after half a century in the all time top ten of many of Billboard's charts, including those for most weeks with a #1 album, most total weeks charting an album, most #1 albums, most consecutive #1 albums, and most top ten albums.

Music historian Richie Unterberger characterized their impact as "phenomenal popularity", and the Kingston Trio's massive record sales in its early days made acoustic folk music commercially viable, paving the way for singer-songwriter, folk rock, and Americana artists who followed in their wake.