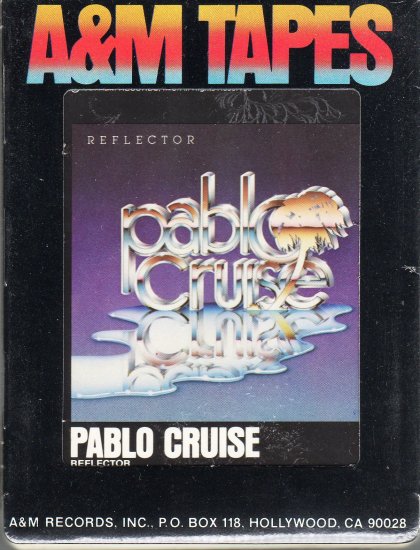 Tweet
Reflector is the sixth studio album by the California soft rock group Pablo Cruise. The album charted slightly higher than its immediate predecessor, but still managed only to reach #34 in the US. Two singles were released from the album; "Cool Love" and "Slip Away", reaching #13 and #75 respectively in the US. Produced by established and well-known R&B producer Tom Dowd, fans remarked that the album had a different feel to it.

Two changes in members were made before the album was released. After just two albums, bassist and vocalist Bruce Day was replaced by John Pierce. Also, an additional guitarist, Angelo Rossi, was added. Please notice small tear on back cover.