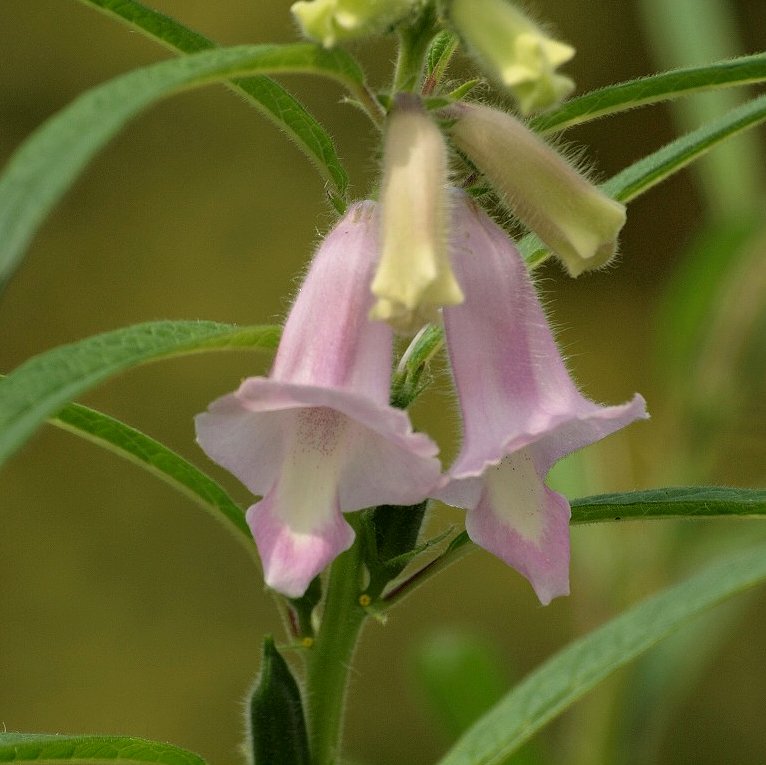 Sesame seeds come from a tropical plant called Sesamum indicum which is believed to have originated in Africa. Sesame is an annual plant growing up to 3 ft tall. It has opposite leaves, broad lanceolate. The large Flowers are white or pink and bell-shaped.
Roasted or unroasted, sesame seeds can be used for a variety of culinary dishes. Their sweet, nutty flavor suits baked goods, meats, pastas, and vegetables well.
Sesame seeds are an excellent source of copper, an important mineral element in the body’s anti-inflammatory systems which has been known to help reduce the pain and swelling associated with rheumatoid arthritis. They are a good source of calcium, magnesium, manganese, phosphorous, vitamin B1 (thiamine) and zinc. In addition, sesame seeds have been found to have the highest levels of phytosterols among the most common seeds and nuts. Phytosterols are plant compounds believed to reduce blood levels of cholesterol. Annual.
... [Full Description]