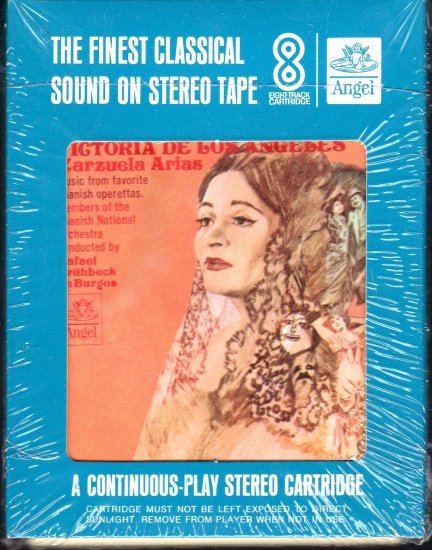 The famous Spanish soprano, Victoria de Los Angeles (real name: Gómez Cima), studied at the Barcelona Conservatory with Dolores Frau. In 1941 she made her operatic debut as Mimi in Barcelona, but then resumed her training.

In 1945 Victoria de Los Angeles made her formal operatic debut as Mozart's Countess in Barcelona. After winning 1st prize in the Geneva International Competition in 1947, she sang Salud in La Vida Breve with the BBC in London in 1948. In 1949 she made her first appearance at the Paris opera as Marguerite. In 1950 she sang at the Salzburg Festival for the first time. She made her debut at London's Covent Garden as Mimi in 1950, and continued to appear there regularly with notable success until 1961. She also sang at Milan's La Scala from 1950 to 1956. In October 1950 she made her first appearance in the USA in a Carnegie Hall recital in New York. She made her Metropolitan Opera debut in New York as Marguerite in March 1951, and remained on its roster until 1956. In 1957 she sang at the Vienna State Opera, and was again on the roster of the Metropolitan Opera from 1957 to 1961.

After making her debut at the Bayreuth Festival as Elisabeth in 1961, Victoria de Los Angeles devoted herself principally to a concert career. However, she continued to make occasional appearances in one of her favourite operatic roles, Carmen, during the next 2 decades. Her concert career continued as she entered her 7th decade, highlighted by a well-received recital appearance at New York Alice Tully Hall in March 1994. Among her other acclaimed operatic roles were Donna Anna, Rosina, Manon, Nedda, Desdemona, Cio-Cio-San, Violetta, and Mélisande. As a concert artist, she excelled particularly in Spanish and French songs.

If you would like this new sealed tape gently opened and inspected for play-ability with a new pad and foil splice added, please go to "New 8-track tape repair" in the New 8-track tape category and we will gladly perform the work for you.
A6A6


Please be sure to select the number of repairs needed for the amount of sealed tapes you are purchasing.
... [Full Description]