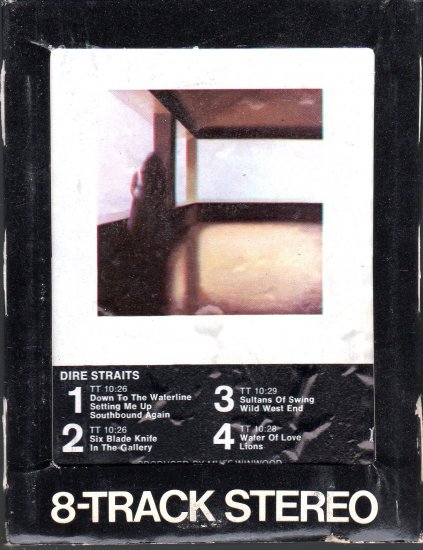 Tweet
Dire Straits were a British rock band, formed by Mark Knopfler (vocals and lead guitar), his younger brother David Knopfler (rhythm guitar and vocals), John Illsley (bass guitar and vocals), and Pick Withers (drums and percussion), and managed by Ed Bicknell, active between 1977 and 1995. Although the band was formed in an era when punk rock was at the forefront, Dire Straits played a more conventional style, albeit with a stripped-down sound that appealed to audiences weary of the overproduced stadium rock of the 1970s. In their early days, Mark and David requested that pub owners turn down their sound so that patrons could converse while the band played, an indication of their unassuming demeanor. Despite this oddly self-effacing approach to rock and roll, Dire Straits soon became hugely successful, with their first album going multi-platinum globally.

Throughout the band's career Mark Knopfler was the songwriter and driving force behind the group. The band's best-known songs include "Sultans of Swing", "Lady Writer", "Romeo and Juliet", "Tunnel of Love", "Telegraph Road", "Private Investigations", "Money for Nothing", "Walk of Life", "So Far Away", "Brothers in Arms", "On Every Street", "Your Latest Trick" and "Calling Elvis". Dire Straits and Mark Knopfler have sold in excess of 120 million albums to date.