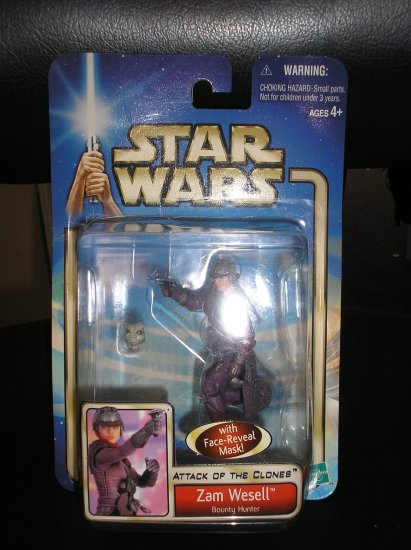 This is a 3 1/4" action figure of Zam Wesell [Bounty Hunter] with Quick-Draw Action from the film Star Wars Episode 2: Attack of the Clones. The figure was produced by Hasbro in 2002 and remains sealed on a NEAR MINT card.