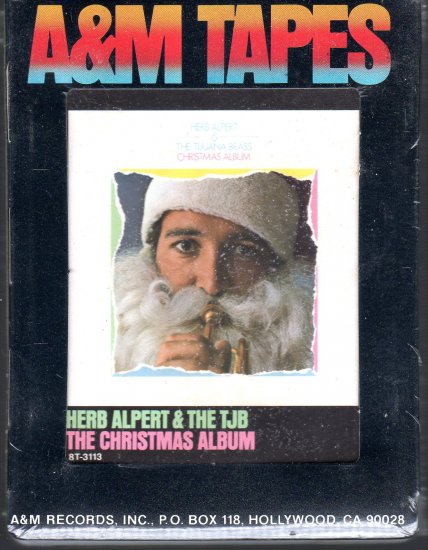 Tweet
Christmas Album is a late-1968 album by Herb Alpert & the Tijuana Brass. It was the group's eleventh release. Although the Brass' albums were out of print for a good many years, the Christmas Album was released on CD in the 1980s, with annual reappearances in record stores at Christmastime; and then re-released by the Shout!Factory label in 2006 as were many of the other Tijuana Brass albums.

The album is a typical mixture of popular Christmas-season music, mostly American secular standards. Exceptions include the Bach piece "Jesu, Joy of Man's Desiring," and a traditional Hispanic number, "Las Mañanitas." The latter title literally means "The Little Mornings", and is sung on the morning of one's birthday celebration, or the day of a religious figure such as a saint (or, in this case, Jesus).

The cover features the image of Alpert, who is Jewish, dressed as Santa Claus while playing his trumpet.

Collaborating with Alpert in the production was his usual cadre of musicians: Nick Ceroli (drums/percussion), Bob Edmondson (trombone), Tonni Kalash (trumpet), Lou Pagani (keyboards), John Pisano (guitars/mandolin) and Pat Senatore (bass). Alpert provides lead vocals on "The Christmas Song" and "The Bell That Couldn't Jingle," and there are also appearances by a studio choir and string instruments, arranged by Shorty Rogers.