The Dark Hand of Magic: Unschooled Wizard 3 by Barbara Hambly 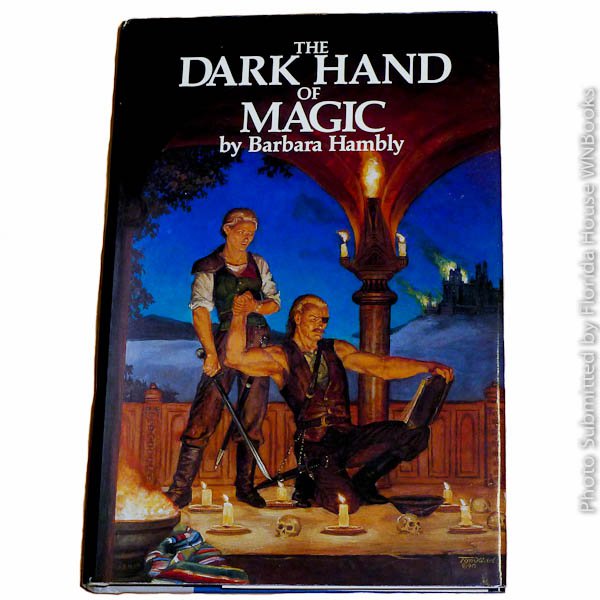 Tweet
THE MASTER WIZARD
Ever since he first learned he had the power of magic, Sun Wolf and his beloved Starhawk had been searching for a master wizard to teach him the full skills needed for its use. But true wizards were rare since the time of the evil Altiokis. He had learned a little, but never what he needed.
Now his old company of mercenaries had come to him for help. They had been hired to conquer the city of Vorsal, but all their efforts had been ruined by a series of minor and major mishaps that could only be caused by a wizard, working for the city.
Sun Wolf found and removed most of the hex marks that were everywhere, freeing the company. But the wizard eluded him--until the night of a storm that he attempted to turn. Then he met the wizard--a dark hand among the storm clouds--who laughed at him and swore to enslave him. Sun Wolf knew it was no idle threat.
He had found the one he sought. Now could he escape?

Sequel to THE UNSCHOOLED WIZARD.

The Dark Hand of Magic: Unschooled Wizard 3 by Barbara Hambly

Other Products from florida-house (View All)