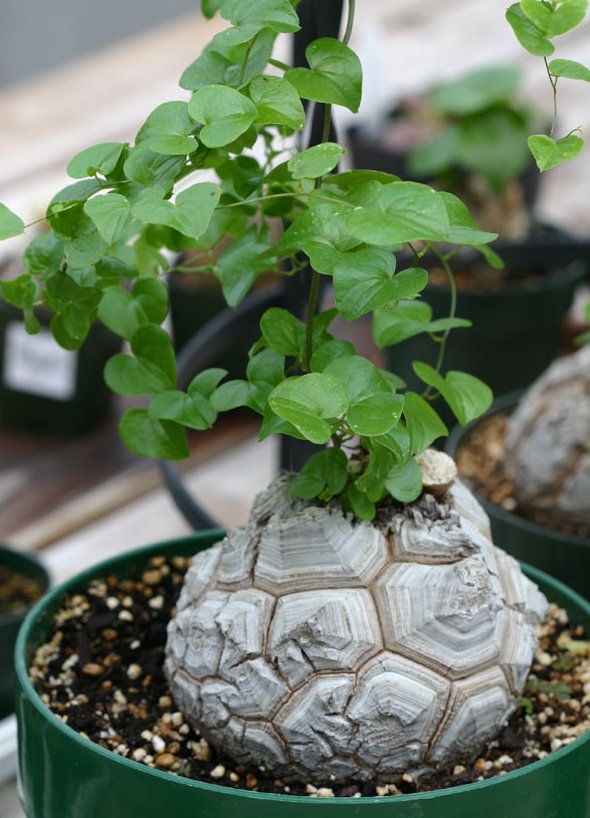 Dioscorea elephantipes (syn. Testudinaria elephantipes), also commonly known as turtle back, elephant's foot, Hottentots' bread is one of the most beautiful, weird and wonderful, caudiciform plants around! It has a deeply fissured surface, resembling an elephant's foot, hence its common name. It makes a most interesting container plant. The stems grow in a climbing fashion. The leaves are heart-shaped. Flowers are pale greenish yellow and normally appear in winter.
It is believed the Khoisan used to bake the starchy, bread-like trunk which was used as a food source. Other members in the genus Dioscorea are used to extract steriodal saponins which are used to produce cortisone and and contraceptives.
Easily grown in any well drained inorganic soil.