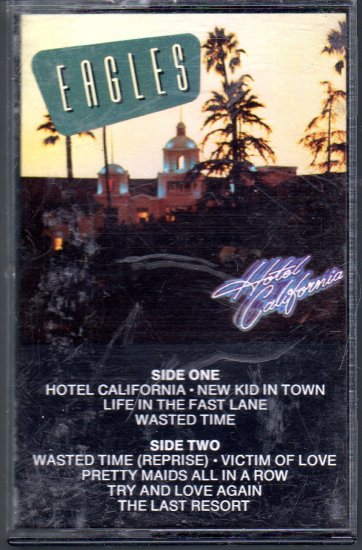 With five number one singles and six number one albums, the Eagles were one of the most successful recording artists of the 1970s. At the end of the 20th century, two of their albums, Their Greatest Hits (1971–1975) and Hotel California, ranked among the 20 best-selling albums in the U.S. according to the Recording Industry Association of America. Hotel California is ranked 37th in Rolling Stone's 500 Greatest Albums of All Time, and the band was ranked #75 on the magazine's 2004 list of the 100 Greatest Artists of All Time. They also have the best selling album in the U.S. with Their Greatest Hits (1971–1975), which sold more than 29 million copies.

The Eagles broke up in July 1980, but reunited in 1994 for Hell Freezes Over, a mix of live and new studio tracks. They have toured intermittently since then, and were inducted into the Rock and Roll Hall of Fame in 1998. In 2007, Eagles released Long Road out of Eden, their first full studio album in 28 years. The next year they launched The Long Road out of Eden Tour in support of the album. The tour continued on into 2009, crossing North America and Europe, and will continue in 2010 with additional North American, as well as Australian, tour dates.