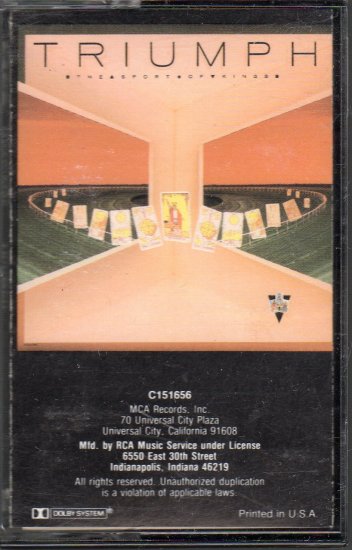 Tweet
Triumph is a Canadian hard rock band that was popular in the late 1970s through the 1980s. Eight of the band's albums were certified gold or higher, and Triumph was nominated for multiple Juno Awards, including Group of the Year Award in 1979, 1985, 1986 and 1987.

Like their fellow Canadians Rush and Saga, Triumph began building their reputation across North America as a live band, peaking in the early to mid 1980s. The band was formed by Toronto music veterans Gil Moore (drums, vocals) and Mike Levine (bass, keyboards, producer), after meeting guitarist, singer, songwriter Rik Emmett in a manager's office in Toronto in 1975.