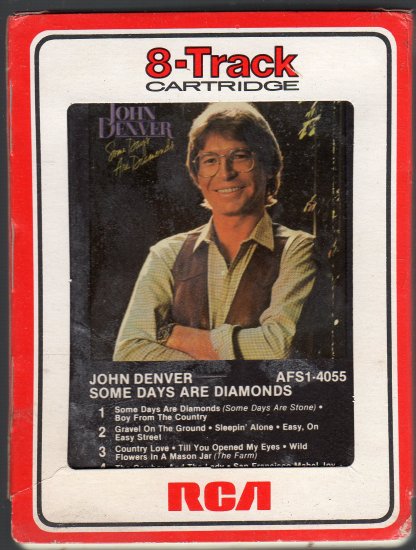 Tweet
Some Days Are Diamonds is the 15th album by American singer-songwriter John Denver released in June 1981.

John Denver (December 31, 1943 – October 12, 1997), born Henry John Deutschendorf, Jr., was an American singer-songwriter, actor, activist, and poet. One of the most popular acoustic artists of the 1970s in terms of record sales, Denver recorded and released around 300 songs, about 200 of which, he composed. He was named Poet Laureate of Colorado in 1977. Songs such as "Leaving on a Jet Plane", "Take Me Home, Country Roads", "Rocky Mountain High", "Sunshine on My Shoulders", "Thank God I'm a Country Boy", "Annie's Song" and "Calypso" attained worldwide popularity.