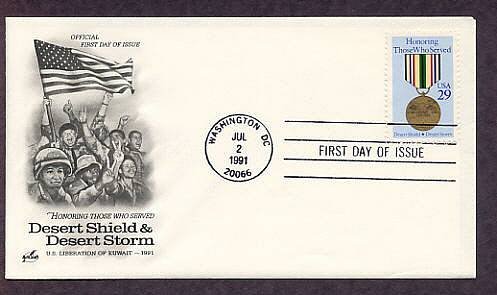 The stamp on the First Day Cover proclaims "To the Heroes of Desert Storm" and features the Southwest Asia Medal, awarded to veterans of the Middle-Eastern theater.

The stamp and cachet design serve to pay homage to the fighting and support forces of the United States Army under General Norman Schwarzkopf against Hussein's elite Republican Guard divisions.