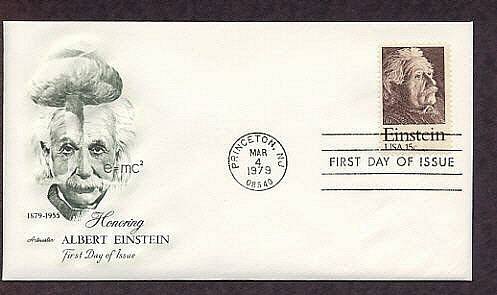 The amount of energy released by atomic fission is calculated by his equation.