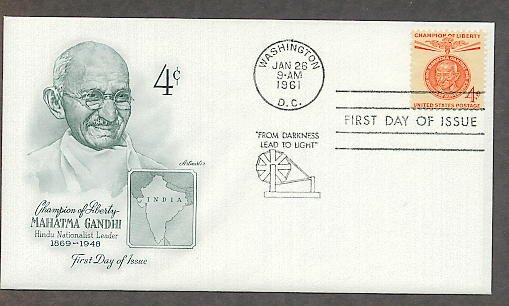 The Charkha of Gandhi's Spinning Machine was Used as the Emblem of the Nationalist Flag.