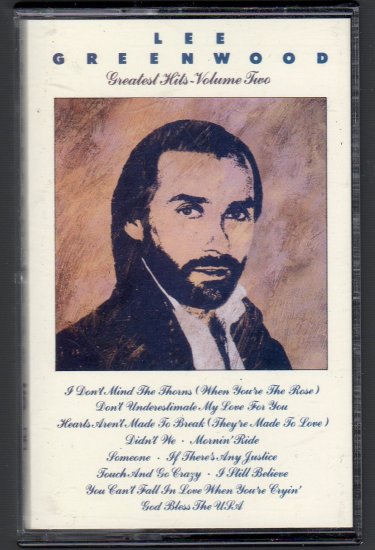 Tweet
Lee Greenwood (born October 27, 1942) is an American country music artist. Active since the early 1980s, he has released more than twenty major-label albums and has charted more than thirty-five singles on the Billboard country music charts.

Although he is best known for his single "God Bless the USA", Greenwood also has charted seven Number One hits in his career: "Somebody's Gonna Love You", "Going, Going, Gone", "Dixie Road", "I Don't Mind the Thorns (If You're the Rose)", "Don't Underestimate My Love For You", "Hearts Aren't Made to Break (They're Made to Love)", and "Mornin' Ride". His 1983 single "I.O.U." was also a Top Five hit on the Adult Contemporary charts, and a #53 on the Billboard Hot 100. A 2001 re-release of "God Bless the USA" became his highest charting pop hit, reaching #16 on the Hot 100.