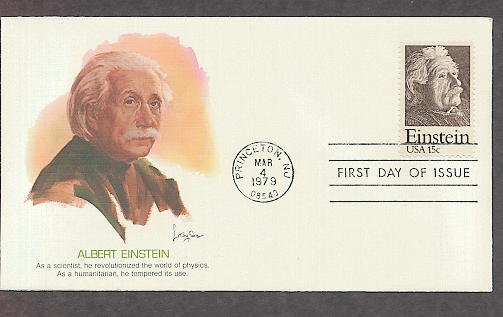 First Day of Issue Cover, FDC, Fleetwood Cachet, Unaddressed, "I have no particular talent, I am merely inquisitive."