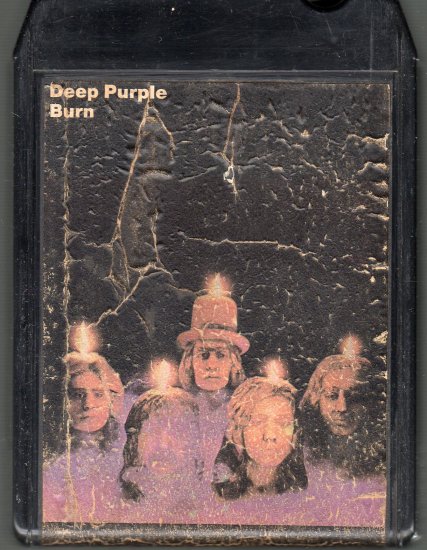 Tweet
Deep Purple are an English rock band formed in Hertford in 1968. Along with Led Zeppelin and Black Sabbath, they are considered to be among the pioneers of heavy metal and modern hard rock, although some band members believe that their music cannot be simply categorized as belonging to any one genre. The band also incorporated classical music, blues-rock, pop and progressive rock elements. They were once listed by the Guinness Book of World Records as "the loudest pop group", and have sold over 100 million albums worldwide. Deep Purple were ranked #22 on VH1's Greatest Artists of Hard Rock programme.

The band has gone through many line-up changes and an eight-year hiatus (1976–84). The 1968–76 line-ups are commonly labelled Mark I, II, III and IV. Their second and most commercially successful line-up featured Ian Gillan (vocals), Ritchie Blackmore (guitar), Jon Lord (keyboards), Roger Glover (bass) and Ian Paice (drums). This line-up was active from 1969 to 1973 and was revived from 1984 to 1989 and again in 1993, before the rift between Blackmore and other members became unbridgeable. The current line-up (including guitarist Steve Morse) has been much more stable, although Lord's retirement in 2002 has left Paice as the only original member never to have left the band.

Perfect Strangers is the eleventh studio album by Deep Purple, released in October 1984. It represents the first album recorded by the reformed, and most successful and popular, 'Mark II' line-up.[1]

It was the first Deep Purple studio album in nine years, and the first with the Mk II lineup for eleven years, the last being Who Do We Think We Are in 1973. Ritchie Blackmore and Roger Glover arrived from Rainbow, Ian Gillan from Black Sabbath, Jon Lord from Whitesnake, and Ian Paice from Gary Moore's backing band.

The CD and cassette versions of the album contained the extra track "Not Responsible". The album was remastered and reissued June 22, 1999 with the bonus instrumental track "Son of Alerik". The latter had previously been available as a B-side on "Perfect Strangers" in 1984.