100th Anniversary of the First Treaty Between Japan and the United States, 1960 AM First Issue USA 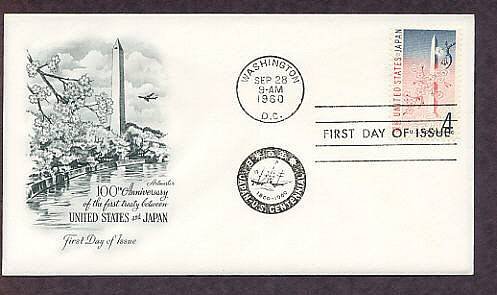