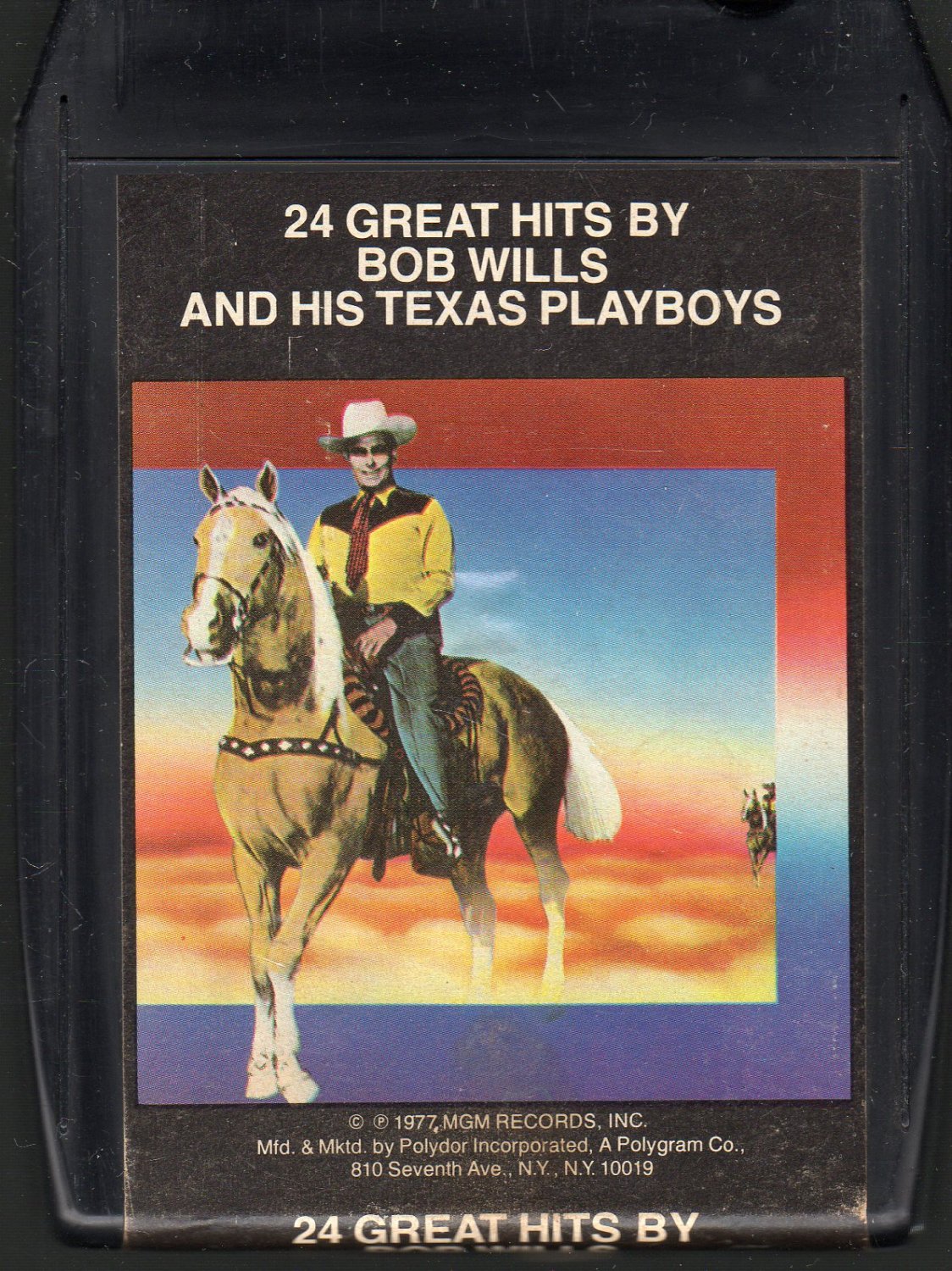 Tweet
James Robert Wills (March 6, 1905 – May 13, 1975), better known as Bob Wills, was an American Western swing musician, songwriter, and bandleader, considered by many music authorities one of the fathers of Western swing and called the King of Western Swing by his fans.

He was born in Limestone county near Kosse, Texas to Emma Lee Foley and John Tompkins Wills. His father was a statewide champion fiddle player. and the Wills family was either playing music, or someone was "always wanting us to play for them," in addition to raising cotton on their farm.

In addition to picking cotton, the young Jim Bob learned to play the fiddle and the mandolin. Both a sister and several brothers played musical instruments, while another sister played piano. The Wills frequently held country dances in their home, and there was dancing in all four rooms. They also played at 'ranch dances' which were popular in both West Texas and eastern New Mexico at the time the Wills lived in Hall County, Texas.

Wills not only learned traditional music from his family, he learned some Negro songs directly from African Americans in the cotton fields near Lakeview, Texas and said that he did not play with many white children other than his siblings, until he was seven or eight years old. African Americans were his playmates, and his father enjoyed watching him jig dance with black children.

"I don't know whether they made them up as they moved down the cotton rows or not," Wills once told Charles Townsend, author of San Antonio Rose: The Life and Times of Bob Wills, "but they sang blues you never heard before."

Wills' style influenced performers Buck Owens and Merle Haggard and helped to spawn a style of music now known as the Bakersfield Sound. (Bakersfield, California was one of Wills' regular stops in his heyday). A 1970 tribute album by Haggard directed a wider audience to Wills' music, as did the appearance of younger "revival" bands like Asleep at the Wheel and the growing popularity of longtime Wills disciple and fan Willie Nelson. By 1971, Wills recovered sufficiently to travel occasionally and appear at tribute concerts. In 1973 he participated in a final reunion session with members of some the Texas Playboys from the 1930s to the 1960s. Merle Haggard was invited to play at this reunion. The session, scheduled for two days, took place in December, 1973, with the album to be titled For the Last Time. Wills, speaking or attempting to holler, appeared on a couple tracks from the first day's session but suffered a stroke overnight. He had a more severe one a few days later. The musicians completed the album without him. Wills by then was comatose. He lingered until his death on May 13, 1975.

From the 1970s until his 2002 death, Waylon Jennings performed a song called "Bob Wills is Still the King". In addition, The Rolling Stones performed this song live in Austin, Texas at Zilker Park for their DVD The Biggest Bang.

Asleep at the Wheel, the Austin, Texas-based western swing band has been paying homage to Bob Wills for over 35 years, best demonstrated by their continuing performances of the musical drama Asleep at the Wheel#A Ride With Bob which debuted in Austin in March, 2005 to coincide with celebrations of Wills' 100th birthday. Another band that contribute in keeping the western swing tradition alive are The Armadillos that hail from Manchester England and have been delighting audiences for more than 15 years.

In 2004, a documentary film about the life and music music, entitled Fiddlin' Man: The Life and Times of Bob Wills, was released by VIEW Inc.