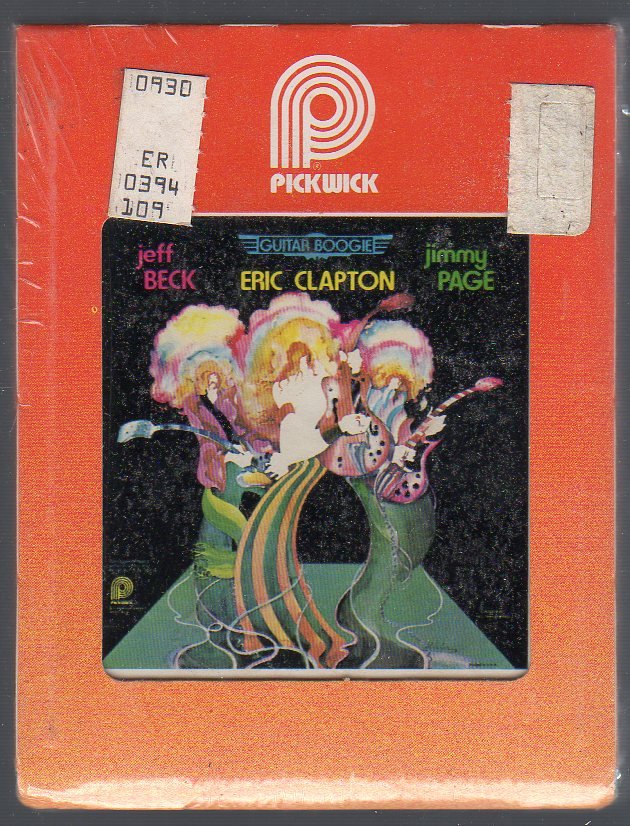 Tweet
Guitar Boogie is a compilation blues rock album with Eric Clapton, Jeff Beck and Jimmy Page, with additional credit to The Allstars. Most songs on this album were written by Eric Clapton, Jeff Beck or Jimmy Page. Guitar Boogie was released as a part of a British Archives series and is rare in that form. The album was re-released in the US in 1977 by Pickwick Records. Only two of the guitarists appear on any given track. Jeff Beck does not appear on any of the Page/Clapton numbers. Similarly, Clapton doesn't appear on the Allstars tracks.

Jeff Beck's two tracks were recorded in 1963 and can be found on several different compilations.

This album was compiled by Richard Robinson.

The 1971 release contains a piece by rock critic Richard Meltzer on the back cover.