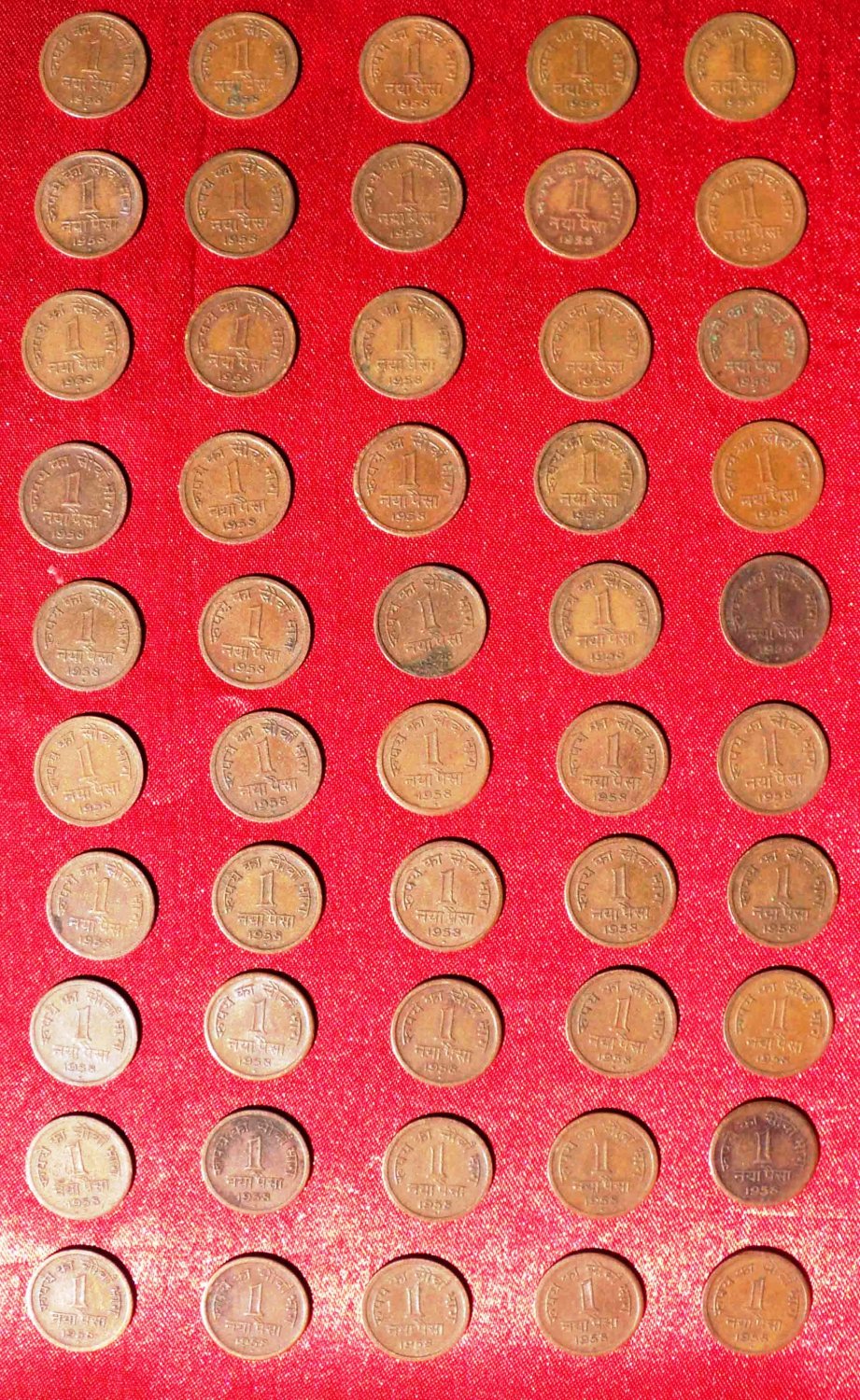 Tweet
Up for sale is a single coin of denomination "One Paise" Made of Bronze year ie: 1958 This is a very scarce, ( hard to find year) coin
Diameter - 1.6 cm
Grading as I see - Extremely Fine (EF-40) based on the Sheldon grading system. Kindly scrutinize the condition of the coins to grade them as per your understanding. WYSIWYG
I have made available the lot of 50 coins out of which any one coin shall be shipped to you.

India became independent on 15 August 1947 and was left with a legacy of non-decimal coinage. One rupee was divided into 16 annas or 64 pice, with each anna therefore equal to 4 pice. In 1957, India shifted to the decimal system, but for a short period both decimal and non-decimal coins were in circulation. To distinguish between the two pice, the coins minted between 1957 and 1964 have the legend "Naya Paisa" ("new" paisa). The denominations in circulation were 1, 2, 5, 10, 20, 25, 50 (naya)paise.
... [Full Description]

Other Products from collectorsitems (View All)