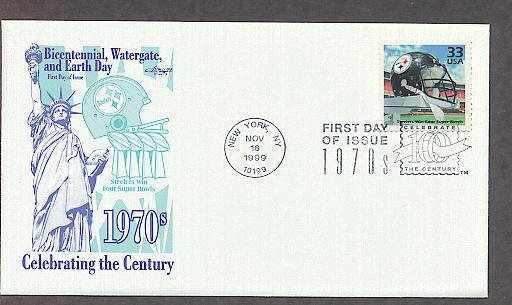 Tweet
The Only United States Postage Stamp Ever Issued Honoring the Steelers.

Winning Four Super Bowls, the Pittsburgh Steelers dominated professional football in the seventies by winning the American Football Conference four times, and winning the Super Bowl in 1975, 1976, 1979 and 1980, the first team to win four titles.