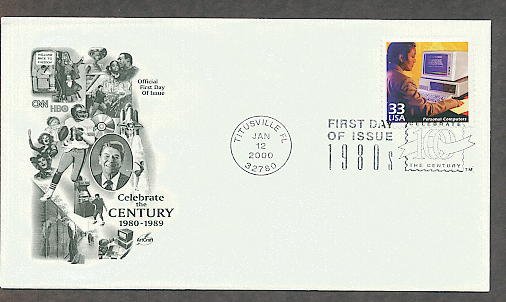 Personal Computers,
During the 1980s, personal computers from companies such as Tandy, Commodore, Apple, and IBM revolutionized desktops. Home and office users could run business software, play games, or even write their own programs.