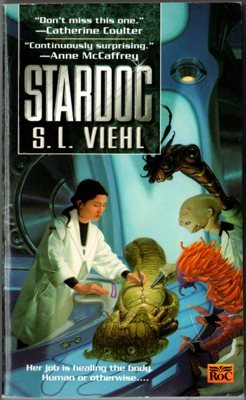 Tweet
On the outer fringes of the galaxy lies Kevarzangia Two home to over 200 different sentient species, fewer than one percent of which are human. The variant breeds live together in colonies across the planet's surface, and every individual contributes time for the good of the community. But the frontier planet's medical resources remain scarce. Thanks to the unsympathetic homeworlds of Kevarzangia Two's citizens.

Dr. Cherijo Grey Veil is a brilliant surgeon. Fed up with her domineering father, she leaves Earth and accepts a position as a physician at Kevarzangia Two's FreeClinic. In an environment where humans are a despised minority, Cherijo must prove herself as each medical emergency arises and presents her with challenges of treating species and illnesses she's never encountered before.

But Cherijo harbors a secret in her past. A secret that, if discovered, could disrupt the already delicate relations between human and alien. A secret that's about to catch up with her.