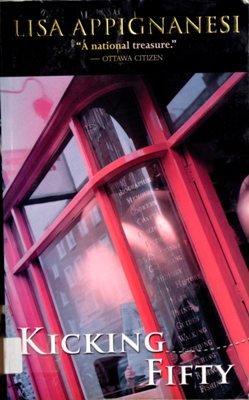 Tweet
Being a singleton of 30-something may have its problems. Bein one as you approach fifty and have a teenage daughter to boot would provide a challenge even to Jane Austen. Enter Jude Brautigan, divorcee, bookshop owner, daughter, mother, friend, and fierce letter writer. Kicking fifty, Jude finds herself sandwiched between a demented mum and a rarely sensible daughter whose hormones rage in a direction opposite to her own, though not always with dissimilar consequences.

Jude doesn't like to confess it, even to her old, (and thus inevitably feminist) self, but she still harbours perverse urges: she wouldn't mind a lover; she wouldn't even mind something a little more sentimentally permanent, though to speak of permanence at her waning age feels a little like tempting fate. Not to mention her daughter.

Fate is tempted in her own mysterious way, of course. She presents Jude with a lover who is just a sliver away from half her age. No adolescent girl worth her womanhood can possibly allow her mother that. And Nell is worth her womanhood. Nor is Jude's former husband. Now the slimmed down mate of a nubile twelve year old (according to Jude) altogether pleased. He gives Jude his depressive son by a first marriage to look after, since she seems to understand young men so well.

And then, Nell does a bunk. So does the lover.