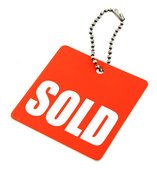 First Day of Issue Cover, FDC, Unaddressed, Art Craft Engraving Cachet, "The most incomprehensible thing about the world is that it is comprehensible.

Albert Einstein was one of the greatest theoretical thinkers of all time. His theories of energy, space, time, and gravity profoundly changed our understanding of the universe which for many years was governed Newton's observations of everyday experiences.