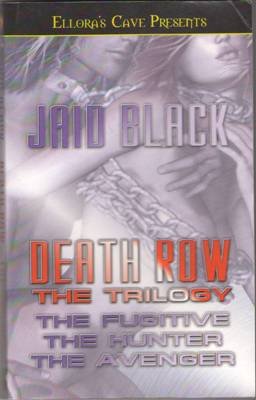 On the eve of his execution, Death Row inmate Kerick Riley overpowers the guard and escapes the violent penal colony that has been his prison for over fifteen years. On the run to find the answers he seeks, the grim-faced, gray-eyed Kerick has two things on his mind: revenge and woman.

Scientist Nellie Kan has spent the last several years researching a frightening disease that has manifested itself in certain populations of humans. On the verge of developing a serum, Dr.Kan is kidnapped by an escaped Death Row inmate and claimed as his personal sexual property. Is her captor the key to the answer she seeks or a lunatic who will destroy them both?

Death Row: The Trilogy - The Fugitive, The Hunter and The Avenger