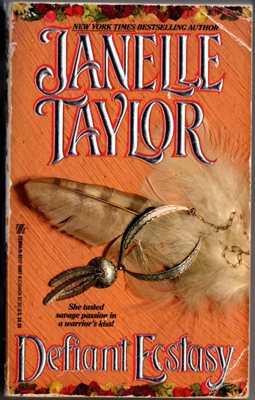 The longer Alisha Williams remained at Fort Pierre, the more she hoped her redskinned lover would rescue her from the taunts and tirades of the white pioneers. They would never let her forget she had been the mistress of the infamous savage warrior, Gray Eagle. As if the auburn-haired beauty could forget! Each night, Alisha sweetly remembered Gray Eagle's bold caresses, burning kisses, his blazing passion. Each day, she scanned the vast horizon in hopes her Oglala brave would recapture her. Then one day, Alisha saw hundreds of Indian warriors riding to the gates of Fort Pierre and at their head was the fierce Gray Eagle. Though her most fervent prayers had been answered, Alisha's heart skipped a beat: Would Gray Eagle destroy her or make her destiny his own?