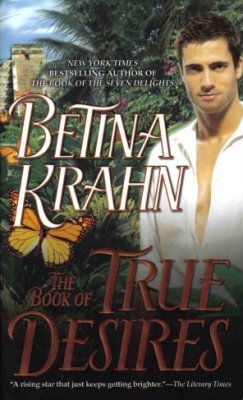 Tweet
Cordelia O'Keefe has struck a deal with her crusty tycoon of a grandfather to fund an expedition that will make her name as an explorer. But first, he requires she prove herself by locating three Mayan stone carvings and something known as "the Gift of the Jaguar."

To make matters worse, he insists on sending along someone. His arrogant butler! To authenticate her findings, and it becomes clear that a powerful and ruthless third party is set on finding the fabled stones and treasure first.

As the trail leads them across the Caribbean and into Mexico, Cordelia learns that tall, sardonic Hartford Goodnight is far more than just a butler. And Goodnight learns that beautiful, provocative Cordelia is as tough as she is tempting. Soon, the pair is hip-deep in danger and desire, racing the competition to the prize and trying to keep the sparks between them from setting the rain forest ablaze.