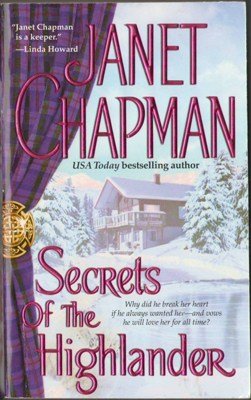 Tweet
He is the father of her child, but the secrets they are hiding are tearing them apart.

Megan MacKeage escaped the smothering protectiveness of the Highland MacKeage clan to work as a scientist on the Canadian tundra. But when fellow researcher Wayne Ferris breaks her heart by rejecting her, Megan returns to Main alone. Then she meets the town's new police chief, Jack Stone. The man she knew as Wayne Ferris. Instead of the quite scholar he posed as, he's an aggressive private eye who's willing to fight for what he wants, just like all the overbearing men in her clan. So why is Megan still feeling a dangerous attraction? And though Jack claims he followed her here because he loves her, can she ever trust a man with so many secrets.