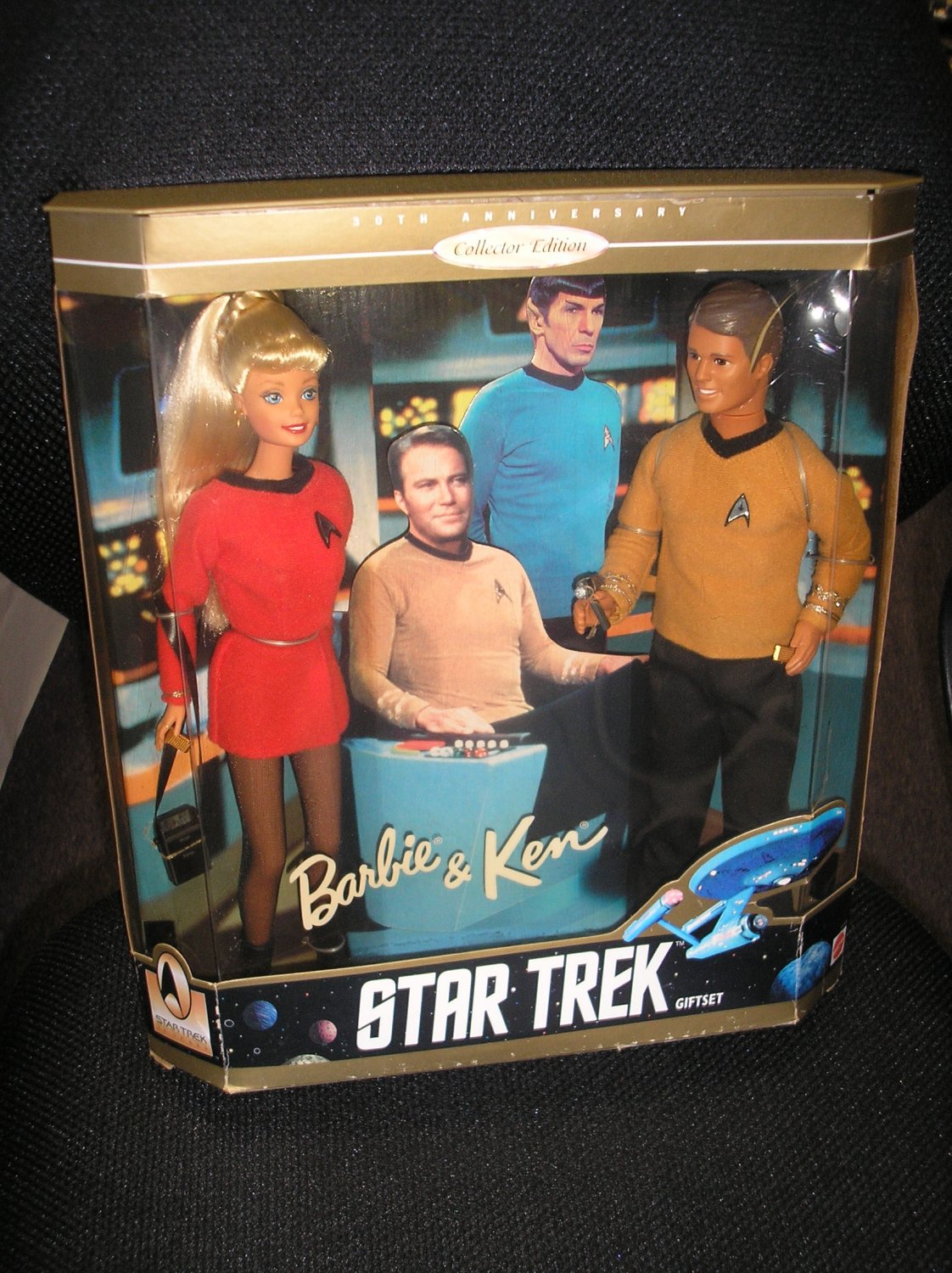 Still in the original packaging!

Ready for any mission, Barbie is outfitted with an authentic Star Trek uniform. Her badge and red uniform denote her status as a member of the ship's engineering section. She carries a replica of a tricorder, the multipurpose scientific and technical instrument that incorporates computers, sensors and recorders in a convenient handheld device. She also carries a replica of a communicator allowing her to contact other Starfleet personnel. Ken wears a gold jersey and badge indicating his position in the Command division. He carries a replica of a phaser - an acronym for PHASed Energy Rectification - which is a directed energy weapon used by Starfleet personnel. Lieutenant Barbie and Commander Ken join the internationally renowned original crew of the U.S.S.Enterprise: Captain James T.Kirk, First Officer Spock, Dr. Leonard "Bones" McCoy, Chief Engineer Montgomery "Scotty" Scott, Helmsman Hikaru Sulu, Communications Officer Uhura and Navigator Pavel Chekov on a special voyage. Barbie and Ken have never been removed from their box and the box does show some signs of wear.