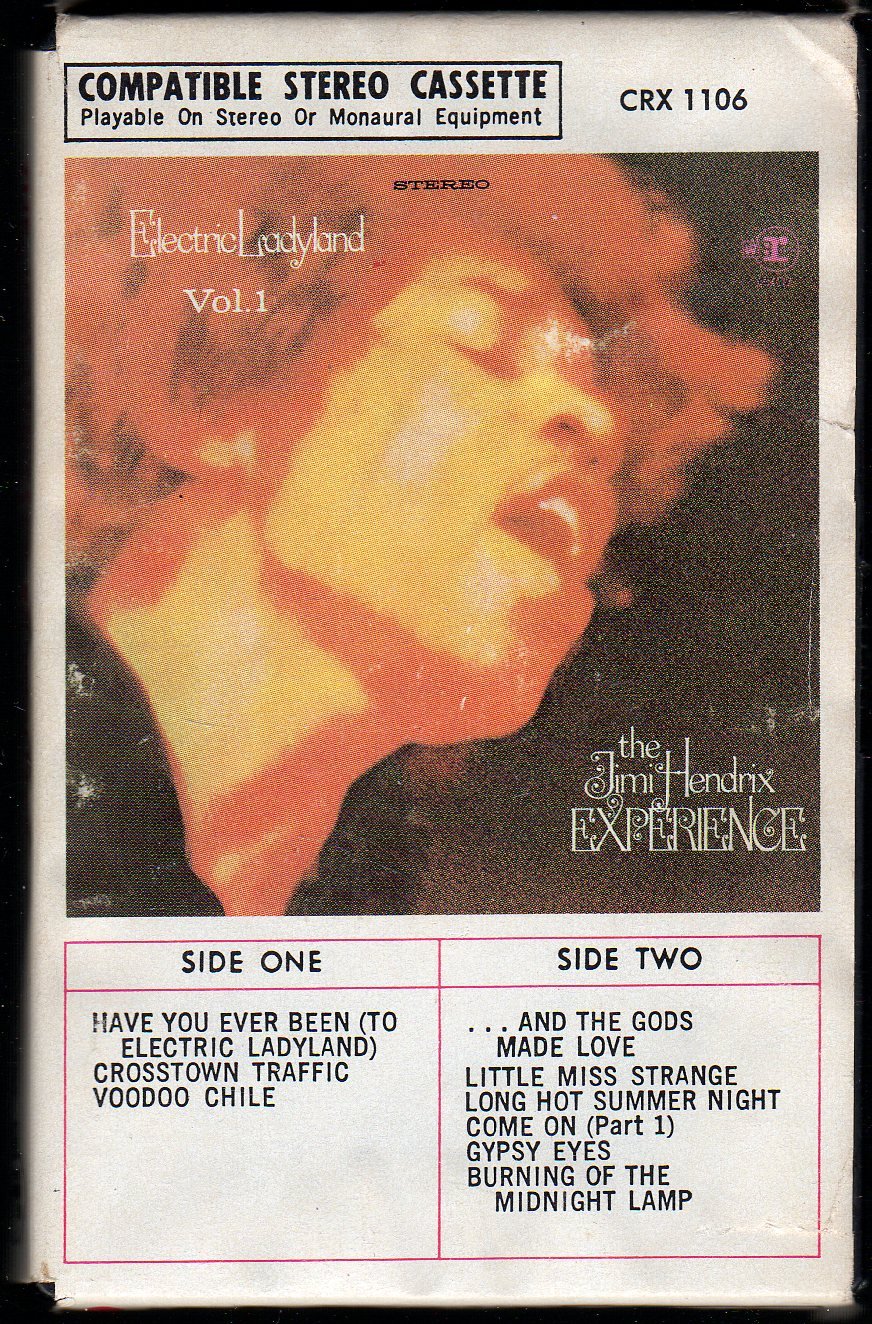 Tweet
Electric Ladyland is the third and final album of new material by the Jimi Hendrix Experience, released in October 1968 on Reprise Records, catalogue 2RS 6307. It is the only Hendrix studio album professionally produced under his supervision. It topped the Billboard 200 album chart for two weeks in November 1968. The original North American-only Reprise release album cover featured a "fiery" photo of Hendrix' head. The slightly later Track/Polydor International album release cover, controversially, was a photo of a group of nude women, which was only replaced after Experience Hendrix took control of Hendrix' recordings. In most Francophone parts of Europe, Barclay Records used a cover showing a downward pointing arm at a very small photo of Hendrix' head.