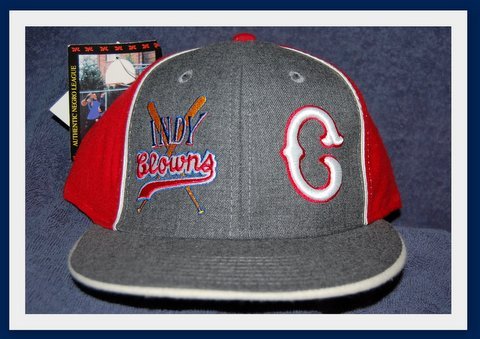 The Indianapolis Clowns began operation in Cincinnati in 1943, and operated between Cincinnati & Indianapolis in 1944 and 1945 officially moving in 1946. The team won the league championship in 1950. They also toured with several members known for comic acts - sort of a baseballs version of the Harlem Globetrotters, including Joe "Prince" Henry. After the decline of the Negro Leagues, the team continued operations on barnstorming tours into the 1960s. After many years of operation as a barnstorming team, the Clowns finally disbanded around 1988. The Clowns' best-known player was Hank Aaron, who played for them in 1952 before being purchased for $10,000 by the Boston Braves. The Clowns fielded such stars as Buster Haywood, DeWitt "Woody" Smallwood, showman "Goose" Tatum, and future Major Leaguers John Wyatt (Kansas City Athletics), Paul Casanova (Washington Senators), and Choo-Choo Coleman (New York Mets) Item show is item you will receive all sales are final.
... [Full Description]

Other Products from hottamaleonlinegifts (View All)