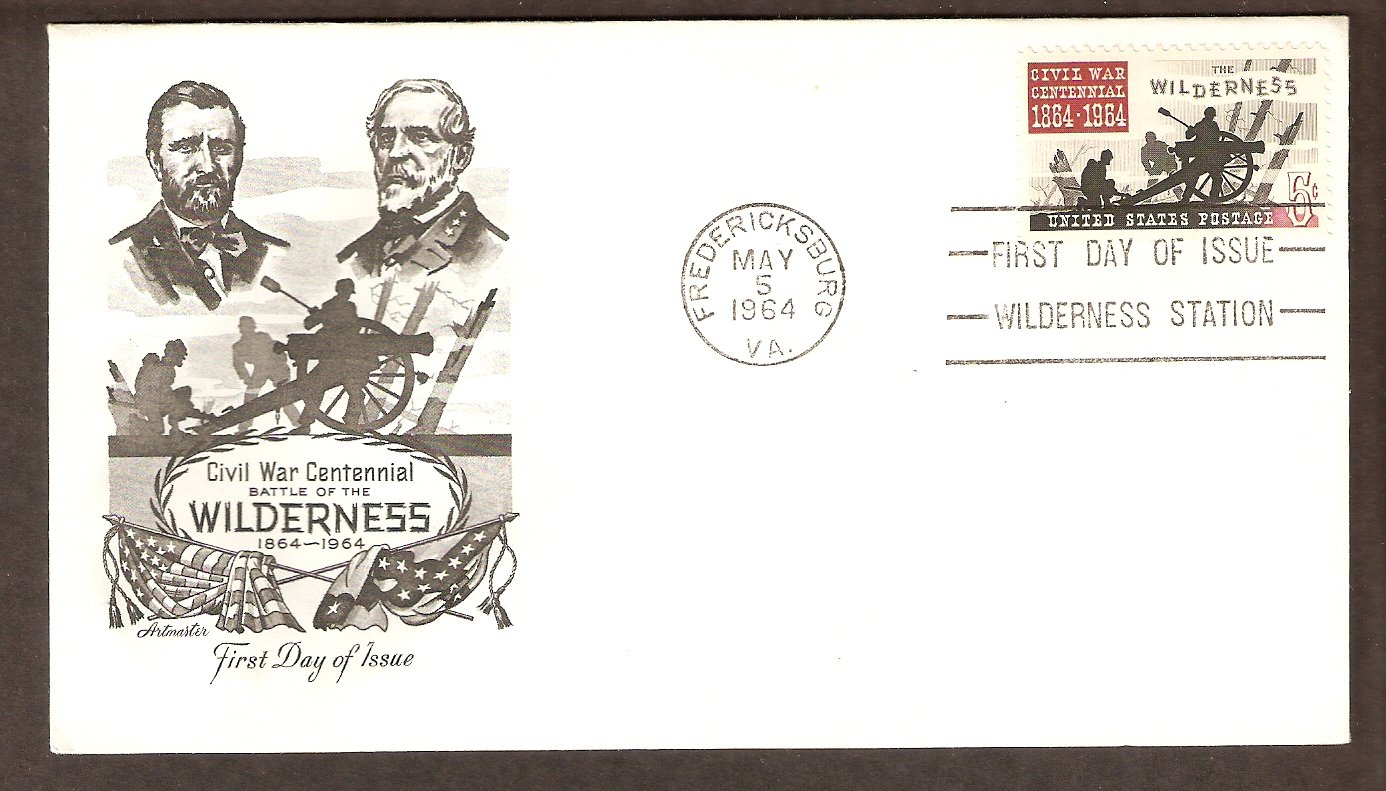 Issued May 5, 1964 in Fredericksburg, Virginia,

The opening battle of Grant's sustained offensive against the Confederate Army of Northern Virginia, known as the Overland Campaign, was fought at the Wilderness, May 5-7.

On the morning of May 5, 1864, the Union V Corps attacked Ewell's Corps on the Orange Turnpike, while A.P. Hill's corps during the afternoon encountered Getty's Division (VI Corps) and Hancock's II Corps on the Plank Road.

Fighting was fierce but inconclusive as both sides attempted to maneuver in the dense woods. Darkness halted the fighting, and both sides rushed forward reinforcements.

At dawn on May 6, Hancock attacked along the Plank Road, driving Hill's Corps back in confusion. Longstreet's Corps arrived in time to prevent the collapse of the Confederate right flank.

At noon, a devastating Confederate flank attack in Hamilton's Thicket sputtered out when Lt. Gen. James Longstreet was wounded by his own men.

The IX Corps (Burnside) moved against the Confederate center, but was repulsed.

Confederate generals John M. Jones, Micah Jenkins, and Leroy A. Stafford were killed. The battle was a tactical draw.

Grant, however, did not retreat as had the other Union generals before him.

On May 7, the Federals advanced by the left flank toward the crossroads of Spotsylvania Courthouse.

Made in the USA
... [Full Description]