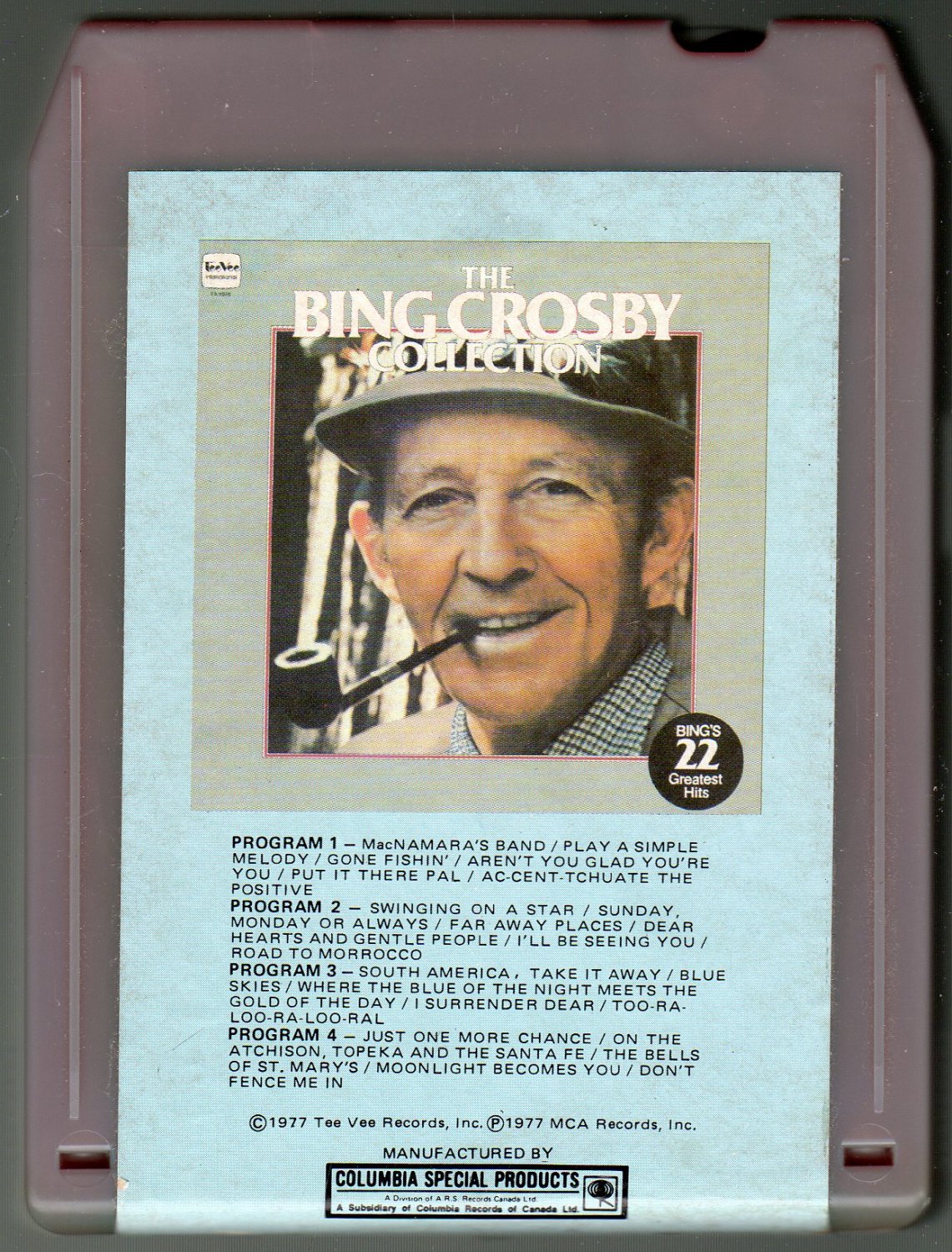 Tweet
Harry Lillis "Bing" Crosby (May 3, 1903 – October 14, 1977) was an American singer and actor. Crosby's trademark bass-baritone voice made him one of the best-selling recording artists of the 20th century, with over half a billion records in circulation.

A multimedia star, from 1934 to 1954 Bing Crosby was a leader in record sales, radio ratings and motion picture grosses. His early career coincided with technical recording innovations; this allowed him to develop a laid-back, intimate singing style that influenced many of the popular male singers who followed him, including Perry Como, Frank Sinatra, and Dean Martin. Yank magazine recognized Crosby as the person who had done the most for American G.I. morale during World War II and, during his peak years, around 1948, polls declared him the "most admired man alive," ahead of Jackie Robinson and Pope Pius XII. Also in 1948, the Music Digest estimated that Crosby recordings filled more than half of the 80,000 weekly hours allocated to recorded radio music.

Crosby exerted an important influence on the development of the postwar recording industry. He worked for NBC at the time and wanted to record his shows; however, most broadcast networks did not allow recording. This was primarily because the quality of recording at the time was not as good as live broadcast sound quality. While in Europe performing during the war, Crosby had witnessed tape recording, on which The Crosby Research Foundation would come to have many patents. The company also developed equipment and recording techniques such as the Laugh Track which are still in use today. In 1947, he invested $50,000 in the Ampex company, which built North America's first commercial reel-to-reel tape recorder. He left NBC to work for ABC because NBC was not interested in recording at the time. This proved beneficial because ABC accepted him and his new ideas. Crosby then became the first performer to pre-record his radio shows and master his commercial recordings onto magnetic tape. He gave one of the first Ampex Model 200 recorders to his friend, musician Les Paul, which led directly to Paul's invention of multitrack recording. Along with Frank Sinatra, Crosby was one of the principal backers behind the famous United Western Recorders recording studio complex in Los Angeles.

During the "Golden Age of Radio," performers often had to recreate their live shows a second time for the west coast time zone. Through the medium of recording, Crosby constructed his radio programs with the same directorial tools and craftsmanship (editing, retaking, rehearsal, time shifting) being used in motion picture production. This became the industry standard.

Crosby won an Academy Award for Best Actor for his role as Father Chuck O'Malley in the 1944 motion picture Going My Way, and was nominated for his reprise of the role in The Bells of St. Mary's the next year, becoming the first of four actors to be nominated twice for playing the same character. In 1963, Crosby received the first Grammy Global Achievement Award. Crosby is one of the 22 people to have three stars on the Hollywood Walk of Fame (a star for Motion Pictures, Radio, and Audio Recording).

In 1983, six years after Crosby's death, son Gary Crosby published his autobiography, Going My Own Way, which revealed the effect of his alcoholism and difficult childhood as a result of his mother's alcoholism and his father's alleged emotional and physical abuse. Some, especially his brother Phillip, claimed the abuse did not take place and that Gary's tellings were instead exaggerated accounts of corporal punishment. Despite the opposing viewpoints, the book damaged for some Bing Crosby's image as an ideal, low-keyed father.