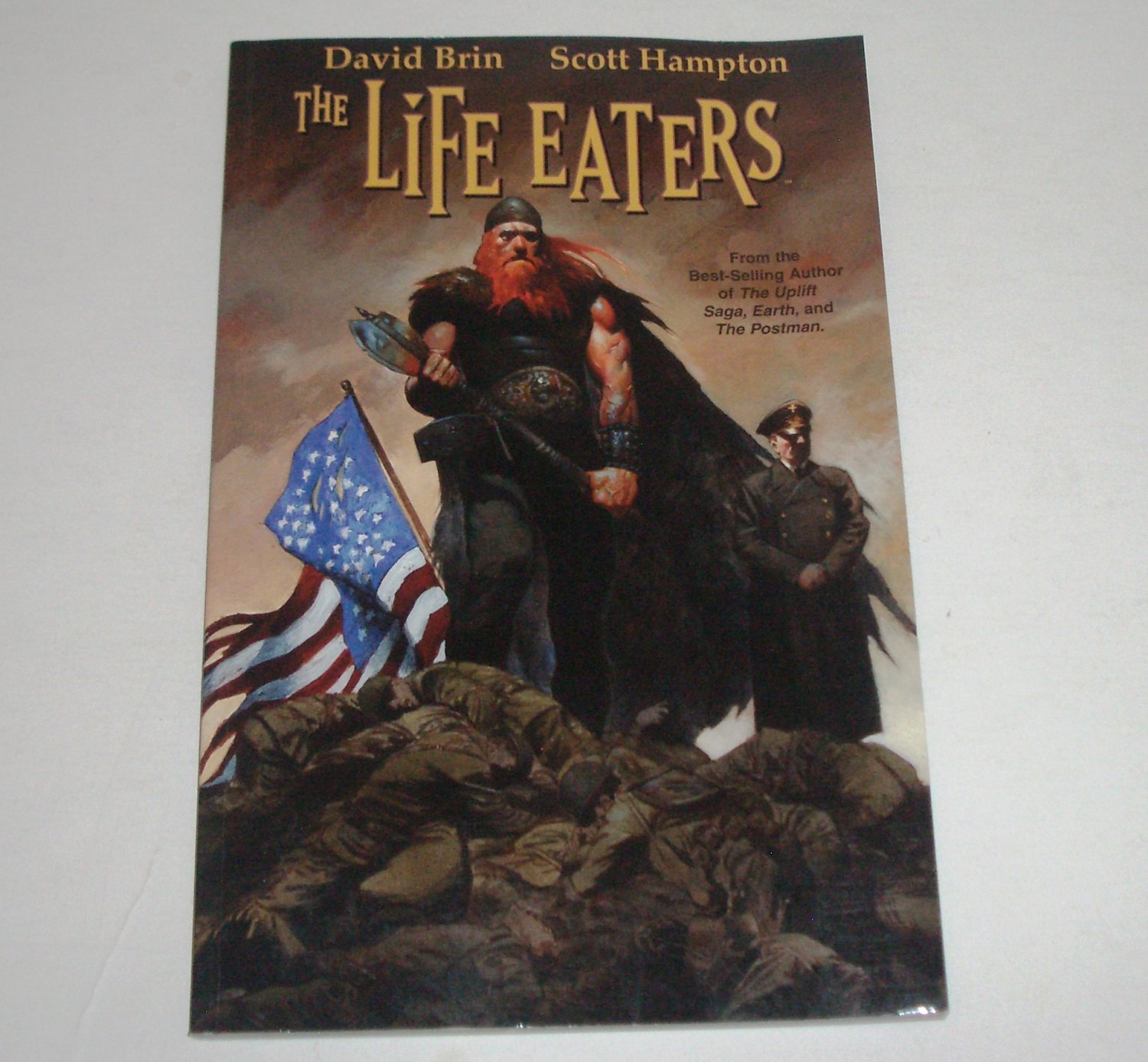 Tweet
Roused by sorcery and a stench of holocaust, Norse gods have returned to the mortal plane, tilting the scales of World War II and cheating the Allies of victory.

Nearly a generation later the war still rages, this time in the jungles of Southeast Asia. The tide has been set for a final battle as a few heroes gather their courage -- and their most advanced technology -- for a final stand against the Nazis and their Aesir partners.

This trade size paperback book is in new condition with no flaws.