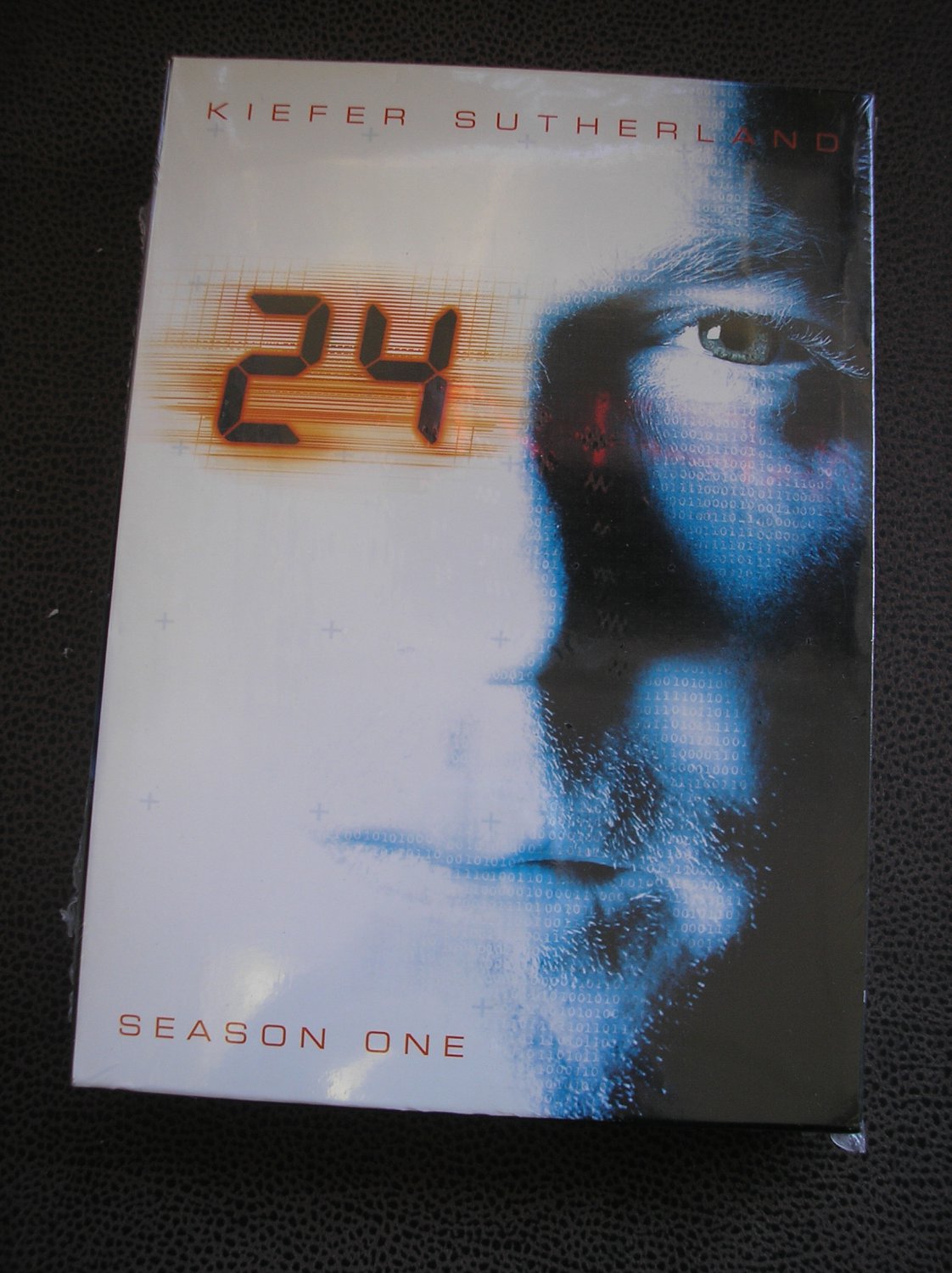 Tweet
This is a 24: Season One DVD Set starring Kiefer Sutherland & Dennis Haysbert - 6 DVD's - 24 Episodes still in the factory shrinkwrap!

Such a simple idea--yet so fiendishly complex in the execution. 24, as surely everyone knows by now, is a thriller that takes places over 24 hours, midnight to midnight, in 24 one-hour episodes (well, 45-minute episodes if you subtract the commercials). Everything takes place in real time, which means no flashbacks, no flash-forwards, no handy time-dissolves. Every strand of the plot has to be dovetailed and interlocked so things happen just when they should, in the right amount of time. Not that easy.

Creator Robert Cochran and his team of writers and directors have done an impressive job of putting the jigsaw together and keeping the tension ratcheted up high, as federal agent Jack Bauer (Kiefer Sutherland) runs around L.A. trying to stall an assassination attempt on an African American presidential candidate and rescue his wife and daughter from the clutches of the Balkan baddies. Twists, turns, revelations, and cliffhangers are tossed at us with satisfying regularity. It's not perfect: we get some hokey plot devices (instant amnesia, anybody?); the final twist makes no sense whatsoever; there are altogether too many huggy family moments; and as for Dennis Hopper's "Serbian" accent....

Even so, this is undeniably mold-breaking TV. Sutherland, rescuing his career from the doldrums in one heroic leap, fully deserves his Golden Globe. Sets and locations are artfully deployed, and Sean Callery's score is a powerful, brooding presence. Like Murder One and The Sopranos, 24 is one of those series that future TV thrillers will be measured against. --Philip Kemp