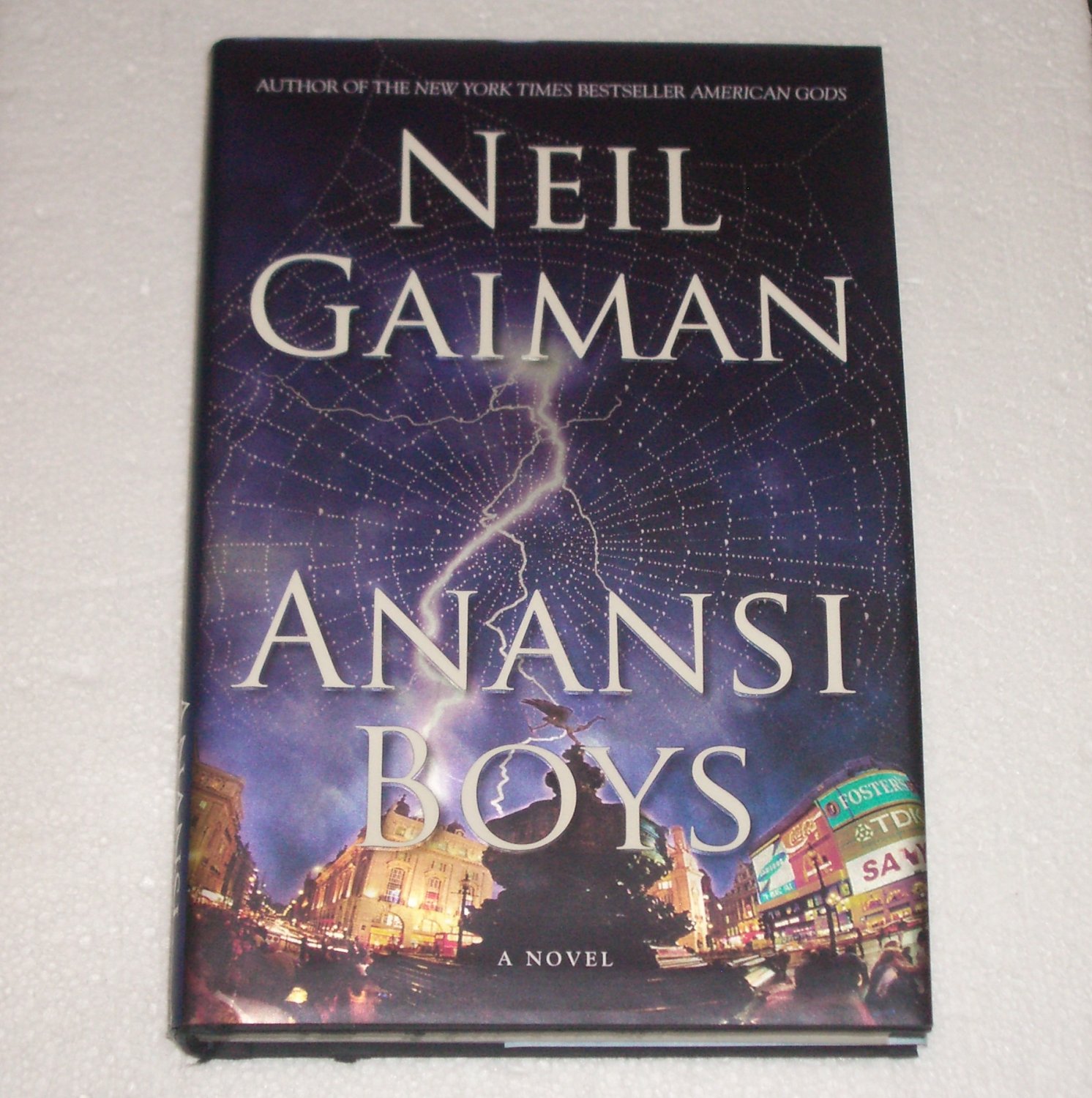 Tweet
One of fiction's most audaciously original talents, Neil Gaiman now gives us a mythology for a modern age -- complete with dark prophecy, family dysfunction, mystical deceptions, and killer birds. Not to mention a lime.

When Fat Charlie's dad named something, it stuck. Like calling Fat Charlie "Fat Charlie." Even now, twenty years later, Charlie Nancy can't shake that name, one of the many embarrassing "gifts" his father bestowed -- before he dropped dead on a karaoke stage and ruined Fat Charlie's life.

Mr. Nancy left Fat Charlie things. Things like the tall, good-looking stranger who appears on Charlie's doorstep, who appears to be the brother he never knew. A brother as different from Charlie as night is from day, a brother who's going to show Charlie how to lighten up and have a little fun ... just like Dear Old Dad. And all of a sudden, life starts getting very interesting for Fat Charlie.

Because, you see, Charlie's dad wasn't just any dad. He was Anansi, a trickster god, the spider-god. Anansi is the spirit of rebellion, able to overturn the social order, create wealth out of thin air, and baffle the devil. Some said he could cheat even Death himself.

Returning to the territory he so brilliantly explored in his masterful New York Times bestseller, American Gods, the incomparable Neil Gaiman offers up a work of dazzling ingenuity, a kaleidoscopic journey deep into myth that is at once startling, terrifying, exhilarating, and fiercely funny -- a true wonder of a novel that confirms Stephen King's glowing assessment of the author as "a treasure-house of story, and we are lucky to have him."