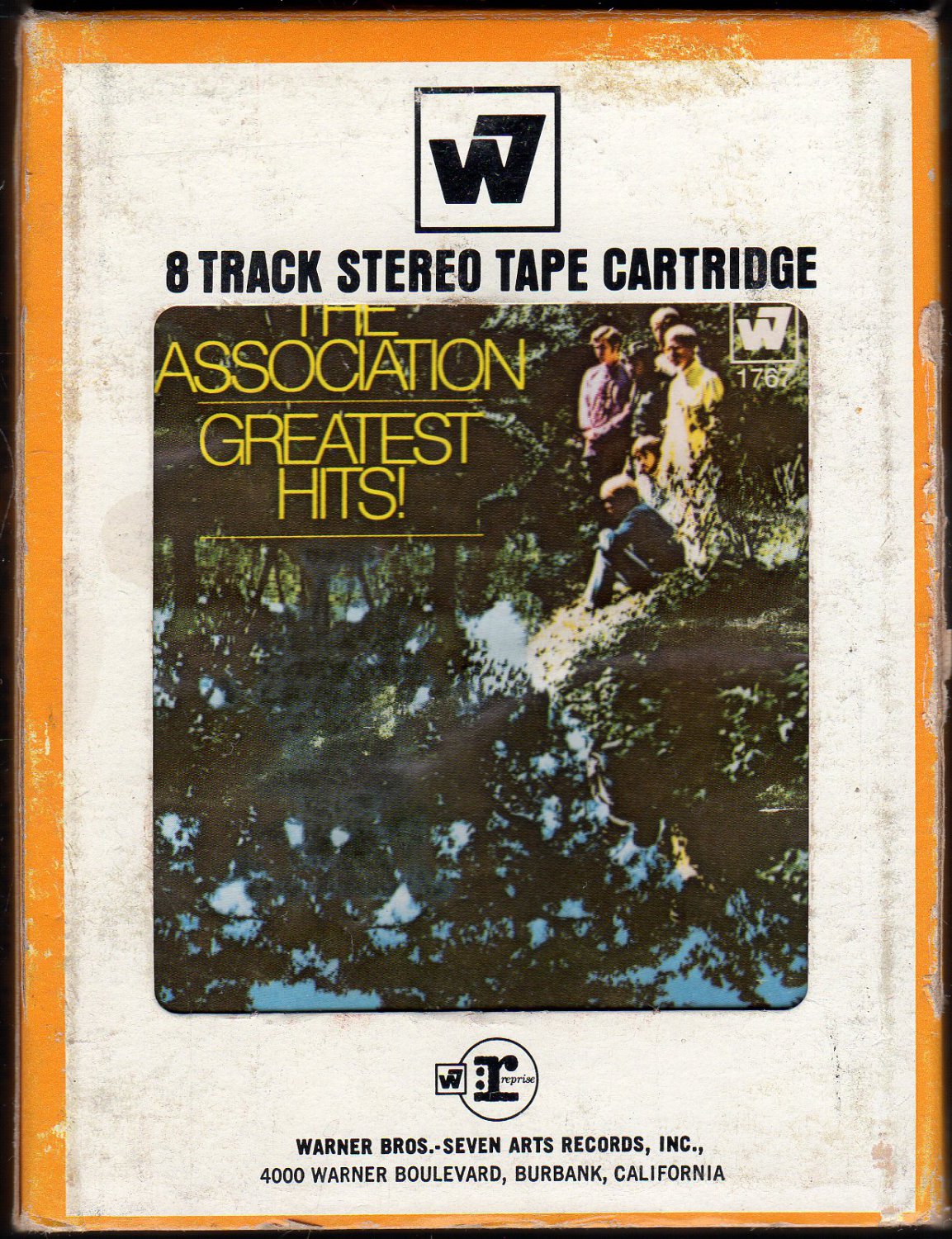 Tweet
Greatest Hits is the first compilation album by The Association, released in 1968 by Warner Bros. Records. The album peaked at #4 on the Billboard 200 album chart. It has sold more than 2 million copies in the U.S. alone, making it the group's biggest seller.

The autobiographical tune "Six Man Band", written by Terry Kirkman, was a new song which was also released as a single at about the same time as the album. Despite the title, the album does not include the singles "Pandora's Golden Heebie Jeebies" (which charted at #35 in late 1966) or "Looking Glass" (which was a regional hit), using non-hits such as "Like Always" and "We Love Us" in their stead.

The Association is a pop music band from California in the folk rock or soft rock genre. During the 1960s, they had numerous hits at or near the top of the Billboard charts and were the lead-off band at 1967's Monterey Pop Festival.