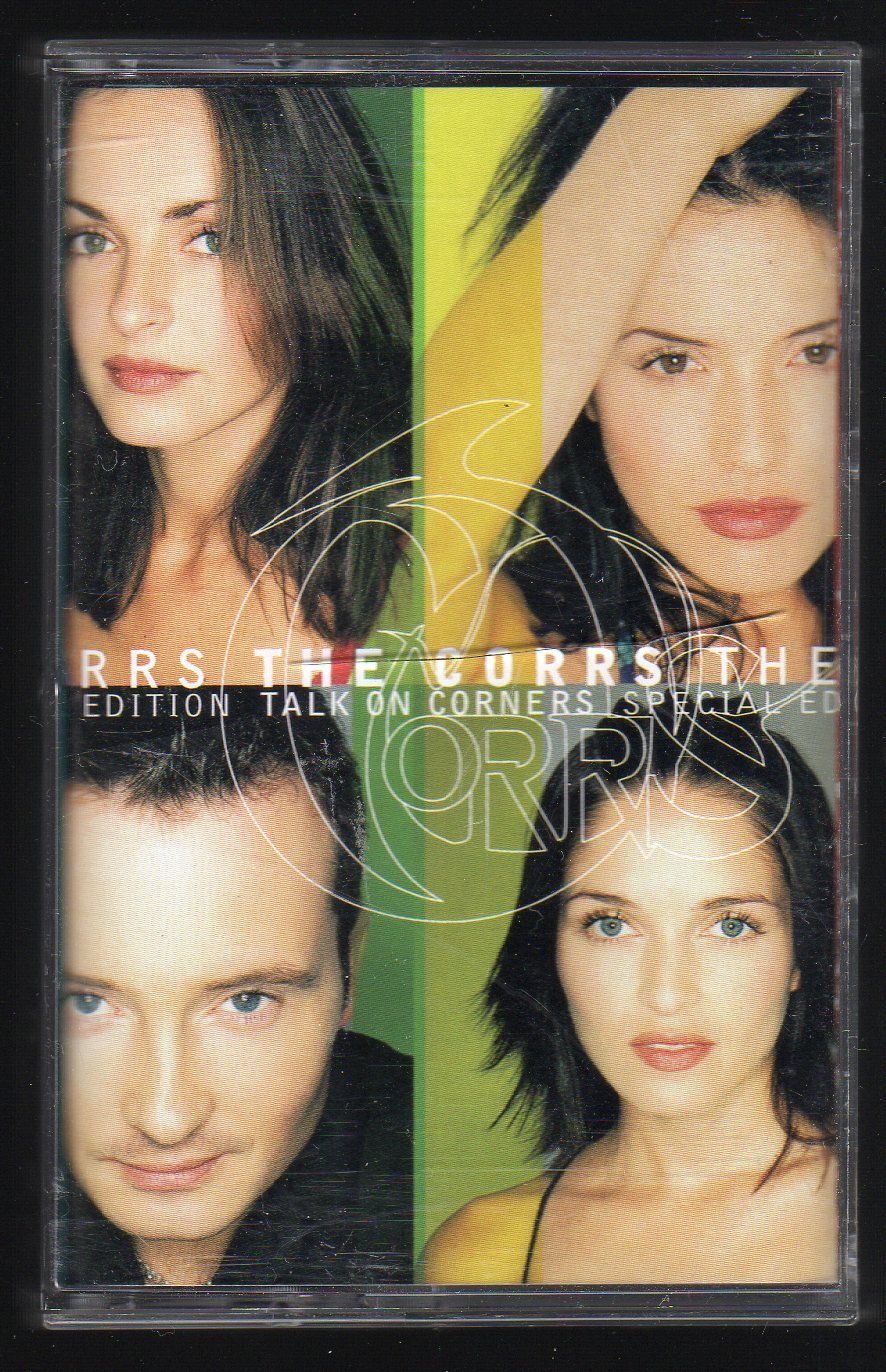 Tweet
Talk on Corners is the second album by Irish band The Corrs, released in 1997. The name of the album is derived from a line from the album's song "Queen of Hollywood".
"And her friends they talk on corners, they could never comprehend"
After its release, songs from this album were to dominate their live set for a long time to come and through the biggest growth period of the band's career. During this album's long reign, they worked solidly with very little time off and gained a lot of exposure with TV appearances and tours. Their next studio album took nearly 3 years to materialise. In between was a live 'unplugged' album which introduced only a handful of new songs. Hence their continuing reliance on existing material, some of which became subject to rearranging or remixing along the way.

Talk on Corners was The Corrs' breakthrough album in the UK, but not initially. The first 3 single releases from the album ("Only When I Sleep", "I Never Loved You Anyway" and "What Can I Do") all failed to reach the top 40. Meanwhile they had contributed to the album Legacy: A Tribute to Fleetwood Mac's Rumours with their version of the song "Dreams". They had incorporated the song into their live set and eventually decided to release it as a single. Its release followed a live concert at the Albert Hall on 17 March 1998 (St Patrick's Day), televised by the BBC, coupled with a day-long TV special devoted to The Corrs on VH-1 as a preamble to the event. In concert, they were joined by Fleetwood Mac drummer Mick Fleetwood (who was also producer of the Legacy album) on 3 songs, including "Dreams". The event did much to raise the band's profile. The single 'Dreams' was released a few weeks later and the Talk on Corners album was reissued with the track 'Dreams' added. A remixed version of the single became their first UK top 10 hit, partly helped by BBC Radio One's decision to include a Corrs single on their playlist for the first time (they had previously regarded them as a folk band).

The album took off and more hit singles followed. The next was a new version of their previous single "What Can I Do", remixed by Tin Tin Out and radically transformed by the addition of a prominent guitar riff running through the whole of each verse. This gave them their next top 10 hit. In November, they put out a further remixed track from the album as another single - "So Young" - which also made the top 10. A 'Special Edition' version of the album was released, with a modified running order and featuring these remixes. The album also included an additional track, a remix (courtesy of Tin Tin Out again) of "Runaway", a popular song from their first album, which was to become their next single and giving them a number 2 hit.

The Corrs have released five studio albums and numerous singles, which have reached platinum in many countries. Talk on Corners, their most successful album to date, reached multi-platinum status in Australia, and in the UK it was the highest selling album of 1998. The band is only the second act in history to hold the top two positions simultaneously in the UK album charts, with Talk on Corners at number one and Forgiven, Not Forgotten at number two. The first group to achieve this was The Beatles. Forgiven, Not Forgotten was the second highest selling album in Australia in 1996, behind Alanis Morissette's Jagged Little Pill. The Corrs' third studio album, In Blue, went to number one in seventeen countries.

The Corrs have been actively involved in philanthropic activities. They have performed in numerous charity concerts such as the Prince's Trust event in 2004 and Live 8 alongside Bono in 2005. The same year, they were awarded honorary MBEs for their contributions to music and charity. The band is currently inactive because Jim and Caroline are raising families, while Andrea and Sharon are pursuing solo careers. Sharon doesn't know if The Corrs will get back together.