A Dance with Dragons by George R. R. Martin 2011 Hardcover with Dust Jacket A Song of Ice and Fire 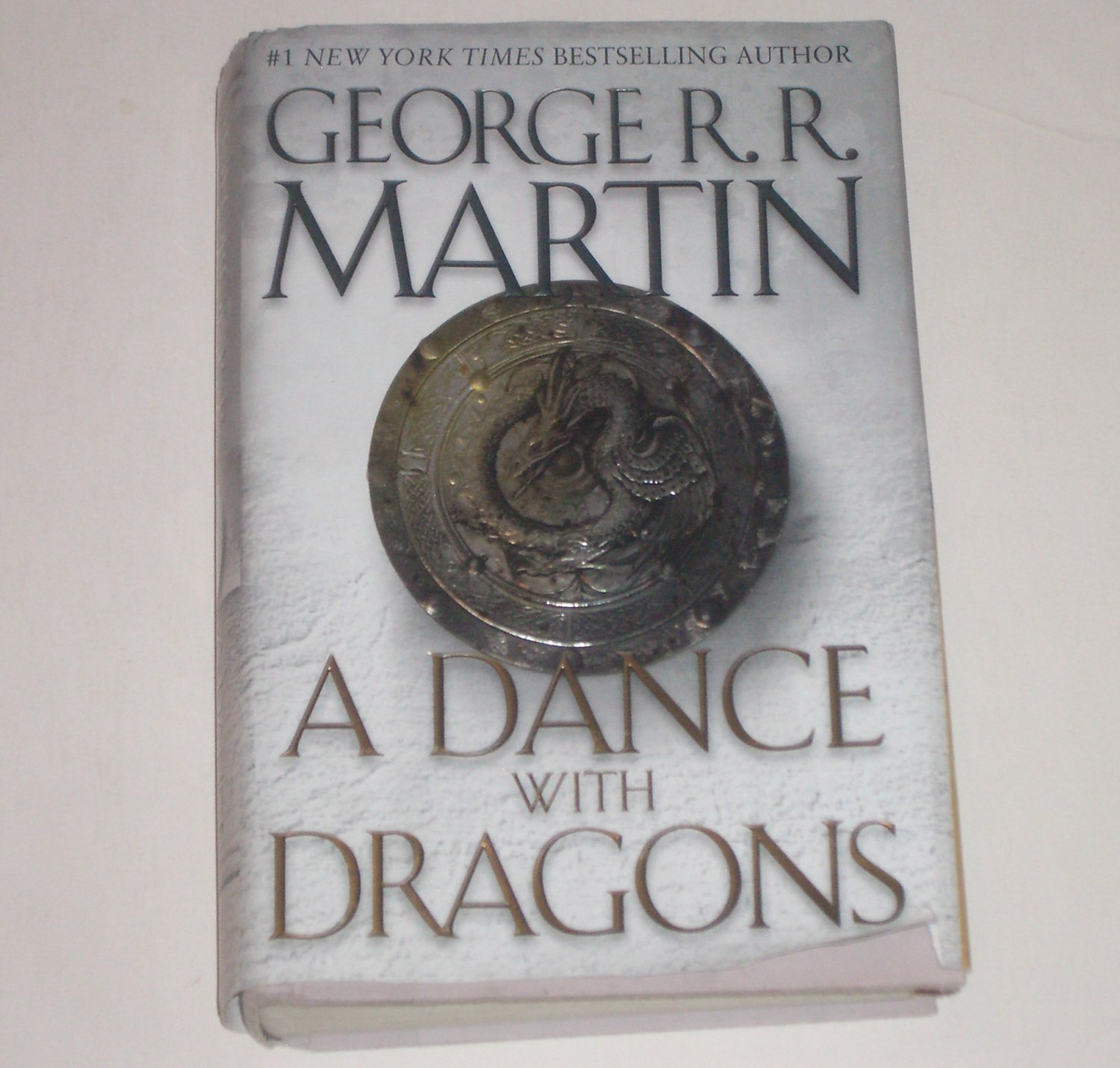 Tweet
In the aftermath of a colossal battle, the future of the Seven Kingdoms hangs in the balance once again--beset by newly emerging threats from every direction. In the east, Daenerys Targaryen, the last scion of House Targaryen, rules with her three dragons as queen of a city built on dust and death. But Daenerys has three times three thousand enemies, and many have set out to find her. Yet, as they gather, one young man embarks upon his own quest for the queen, with an entirely different goal in mind.

To the north lies the mammoth Wall of ice and stone--a structure only as strong as those guarding it. There, Jon Snow, 998th Lord Commander of the Night's Watch, will face his greatest challenge yet. For he has powerful foes not only within the Watch but also beyond, in the land of the creatures of ice.

And from all corners, bitter conflicts soon reignite, intimate betrayals are perpetrated, and a grand cast of outlaws and priests, soldiers and skinchangers, nobles and slaves, will face seemingly insurmountable obstacles. Some will fail, others will grow in the strength of darkness. But in a time of rising restlessness, the tides of destiny and politics will lead inevitably to the greatest dance of all...

This hardback book is in very good condition with mild corner dings. The dust jacket has a tear on the front and edge wear. The flap has a price of $35.
... [Full Description]