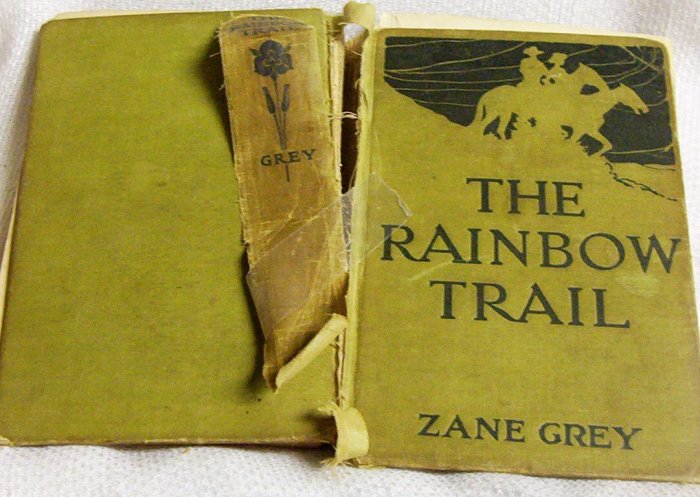 A little history on the author of these novels

Pearl Zane Gray was born in Zanesville, Ohio in 1872 and went to the University of Pennsylvania Dental School under name Pearl Zane Grey. Zane played baseball of the varsity team. Graduated 1896 and moved to New York City.
~~~~~~~~~~~~~~~~~~~~~~~~~~~~~~~~
Zane Grey was a prolific and popular author of novels about the wild west of the United States, best known for his 1912 novel Riders of the Purple Sage. For nearly three decades in the early part of the 20th century Grey published a novel almost every year. Many of them became best-sellers, including Heritage of the Desert (1910), Mysterious Rider (1921) and Code of the West (1934). Raised in Ohio, Grey also lived in Pennsylvania and New York (where he practiced dentistry before he turned to writing), and eventually settled in the western part of the U.S., in California and Arizona. An avid fisherman, he travelled the world on fishing expeditions and wrote several non-fiction books about the outdoors, including 1925's Tales of Fishing.

Grey was one of early Hollywood's favorite authors: during the 1920s and 1930s, the movie industry cranked out dozens of westerns based on his short stories and novels...


These books are quite old and fragile and in a few cases need some binding work, as most of the hardcovers had a cloth over them, and through the years the gluing has dried up. I have tried to keep all pieces together.

This book needs quite a bit of work on the binding. All pages are here
... [Full Description]