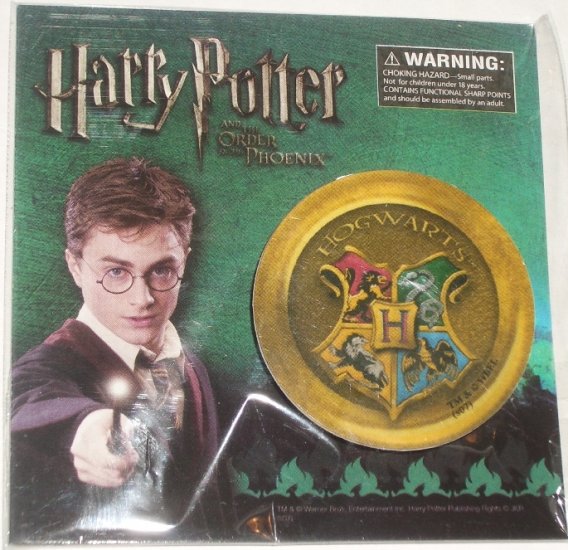 Tweet
Here is a hard-to-find Harry Potter pin from the Order of the Phoenix book / movie. This pin is new & in it's original plastic bag. It has never been worn. It is pinned onto the stiff cardboard promotional ad which reads "Harry Potter and the Order of the Phoenix". This is a promotional pin which was given to select bookstores to coincide with the release of the book. It was not widely distributed.

The pin itself has the word HOGWARTS on the top, and a shield with 4 parts, representing the houses of Gryffindor, Ravenclaw, Hufflepuff & Slytherin. In the center of the school symbols is the letter H. It measures approximately 1.5" around and is made of a dense cardboard.
... [Full Description]