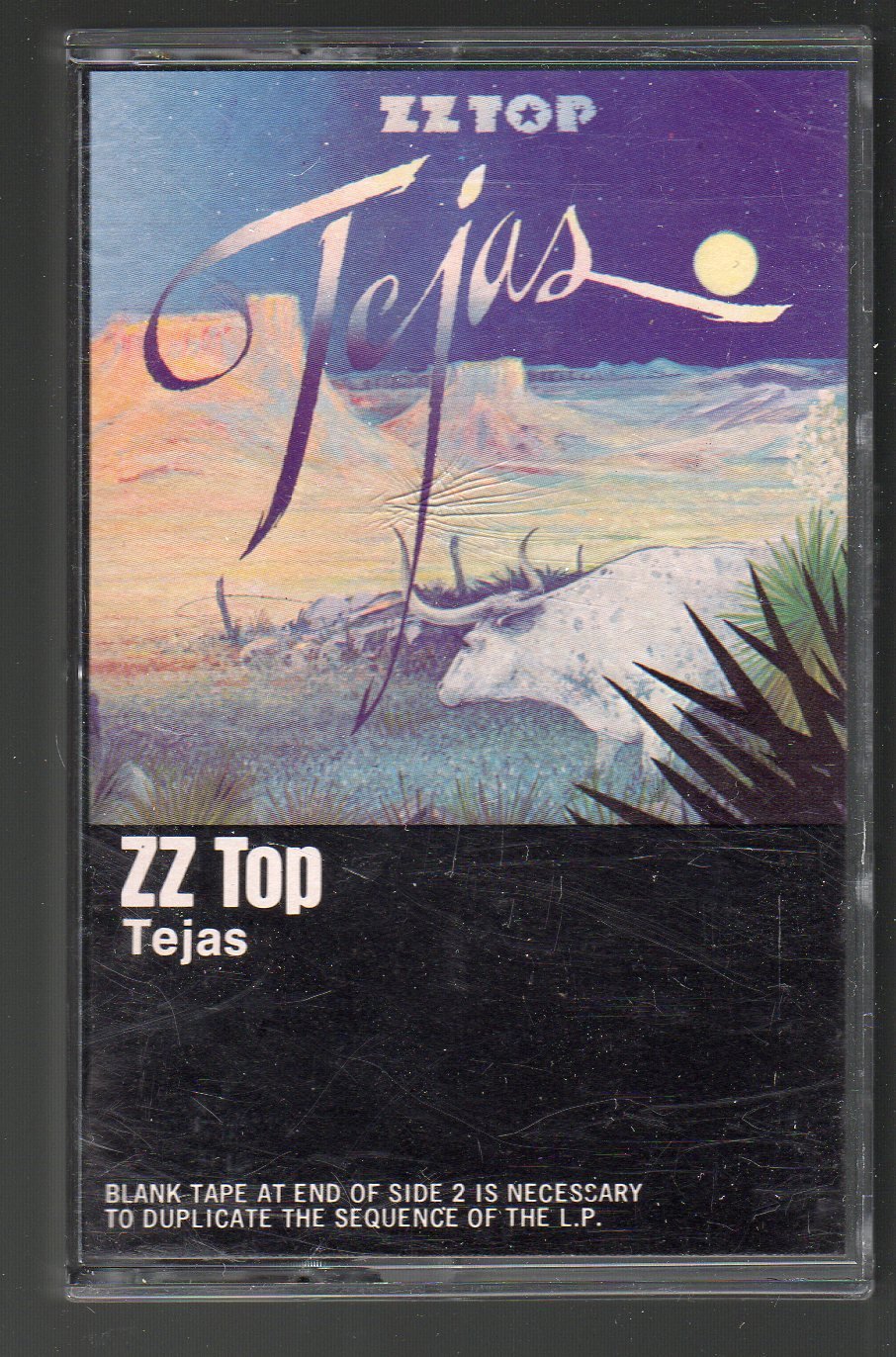 Tweet
Tejas is the fifth album by American blues rock band ZZ Top, released in late November 1976. The title is the modern Spanish word for Texas, the band's home state.

ZZ Top (pronounced /ˌziːˌziː ˈtɒp/) is an American blues rock band, formed in 1969 in Houston, Texas. Comprising of Billy Gibbons (lead vocals and guitar), Dusty Hill (vocals, bass, and keyboards), and Frank Beard (drums and percussion), ZZ Top was ranked number 44 on VH1's "100 Greatest Artists of Hard Rock.". The trio's original lineup has been intact for over 40 years; their longevity together of 41 years has placed them second only to the Four Tops, whose original band members remained intact from 1953 until the death of Lawrence Payton in 1997. ZZ Top retained the services of the same manager, Bill Ham, until September, 2006.

The bandmates' image has been as unchanging and memorable as their music. Their signature style of dress and accessories are hard to miss. Gibbons and Hill often use the same synchronized dance moves while performing onstage, and with few exceptions appear in public wearing sunglasses. The pair favor wearing similar black clothing (usually biker leathers) and various head gear which often include cowboy hats, baseball caps, and bandannas. Gibbons and Hill, who appear as twin frontmen wear chest-length untrimmed beards, although drummer Frank Beard has only a trimmed mustache. In 1984, the Gillette Company reportedly offered Gibbons and Hill $1 million each to shave their beards for a television commercial. They allegedly declined, saying "We're too ugly without 'em."

ZZ Top was inducted by Keith Richards of The Rolling Stones into the Rock and Roll Hall of Fame on March 15, 2004. Cub Koda wrote, "As genuine roots musicians, they have few peers; Gibbons is one of America's finest blues guitarists working in the hard rock idiom ... while Hill and Beard provide the ultimate rhythm section support."