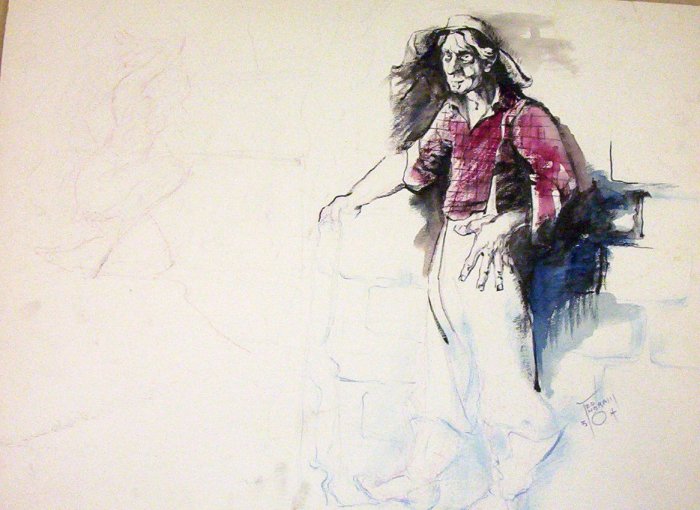 -Ted Ingram was a tortured man. His post-war trauma led him on a lifelong journey seeking inner peace which never came. Increasingly his later modern-style work reflected the demons in his mind.
-Ted Ingram was an artist in the purest sense. He lived, breathed and created art as an extension of his reason for being. He died April 4, 1986
***Please note that illustrations have had a rather ambitious time weathering the ages, and some show an assortment of different smudges, etc. These drawings/sketches/illustrations/paintings have been squirreled away for many years, and are just now coming out to the public. All of the work is sold as is and will be properly packaged and insured to your gallery or home. Any matting, cleaning and framing is the purchasers responsibility. ****


***You are having an opportunity to purchase one of a kind artwork, by an artist, whose pieces have rivalled and exceeded many of the masters of yesteryear, and have certainly stood the test of time.
... [Full Description]