Lady of the night, and her "gift"- A. E. Ingram an Original Sketch using Drybrush with Oils 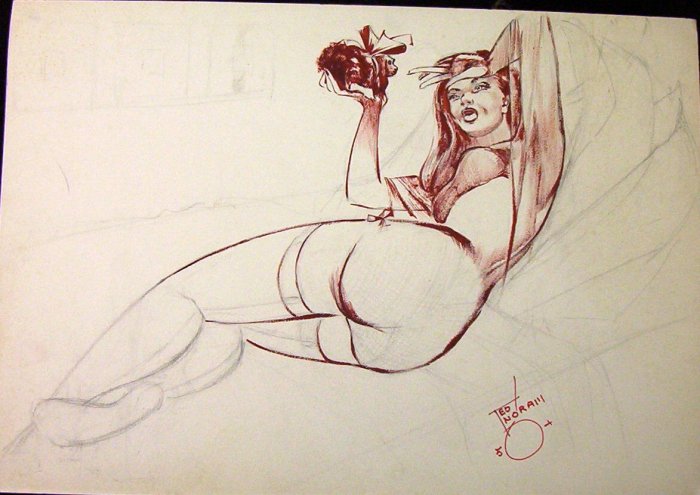 Tweet
A Gift for "Services Rendered"- A. E. Ingram an Original Sketch using Drybrush with Oils

This piece is sketched and has begun painting using a drybrush technique with oils. The 'lady' in question is in a quandary about what to do with the puppy that she was given. Obviously this is a drawing that would prelude an illustration