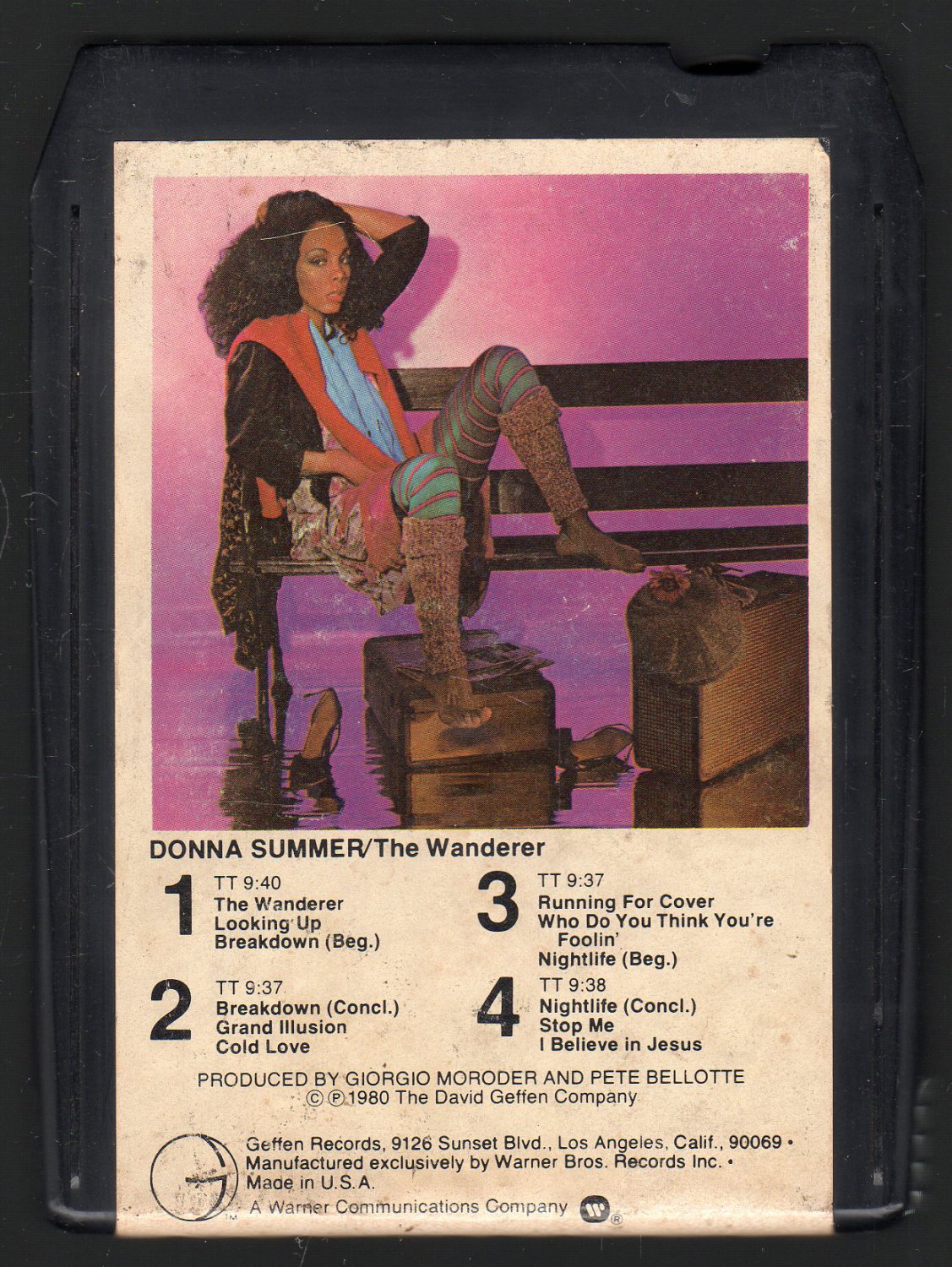 Tweet
The Wanderer is the eight studio album by American singer-songwriter Donna Summer. It was her first release on Geffen Records and became a Top 20 album in the United States, with the title track single reaching the number 3 on the Billboard's Hot 100.
This album is out of print.

LaDonna Adrian Gaines (December 31, 1948 – May 17, 2012), known by the stage name Donna Summer, was an American singer and songwriter who gained prominence during the disco era of the late 1970s. A five-time Grammy Award winner, Summer was the first artist to have three consecutive double albums reach number one on the United States Billboard chart, and she also charted four number-one singles in the United States within a 13-month period.

Born into a devoutly Christian middle class African American family in Boston, Massachusetts, Summer first became involved with singing through church choir groups before joining a number of bands influenced by the Motown Sound. Influenced by the counterculture of the 1960s, she became the front singer of a psychedelic rock band named Crow and moved to New York City. Joining a touring version of the musical Hair, she spent several years living in West Germany, where she married Helmut Sommer, whose surname she adopted as her stage name.

Returning to the United States, Summer co-wrote the song "Love to Love You Baby" with Pete Bellotte; music producer Giorgio Moroder convinced her to sing it herself, and it was released to mass commercial success in 1975, particularly on the disco scene. Over the following years, Summer followed this success with a string of other disco hits, such as "I Feel Love", "MacArthur Park", "Hot Stuff" and "No More Tears (Enough is Enough)". Becoming known as the "Queen of Disco", she regularly appeared at the Studio 54 club in New York City, while her music gained a particularly large following within the gay community. Struggling with depression, she subsequently became a born-again Christian.

Diagnosed with lung cancer, Summer died in May 2012, at her home on Manasota Key in Englewood, Florida, after a battle with the disease. She was posthumously described as the "undisputed queen of the Seventies disco boom" who reached the status of "one of the world's leading female singers." Her work with Moroder on the song "I Feel Love" has also been described as "really the start of electronic dance" music, by Moroder himself.