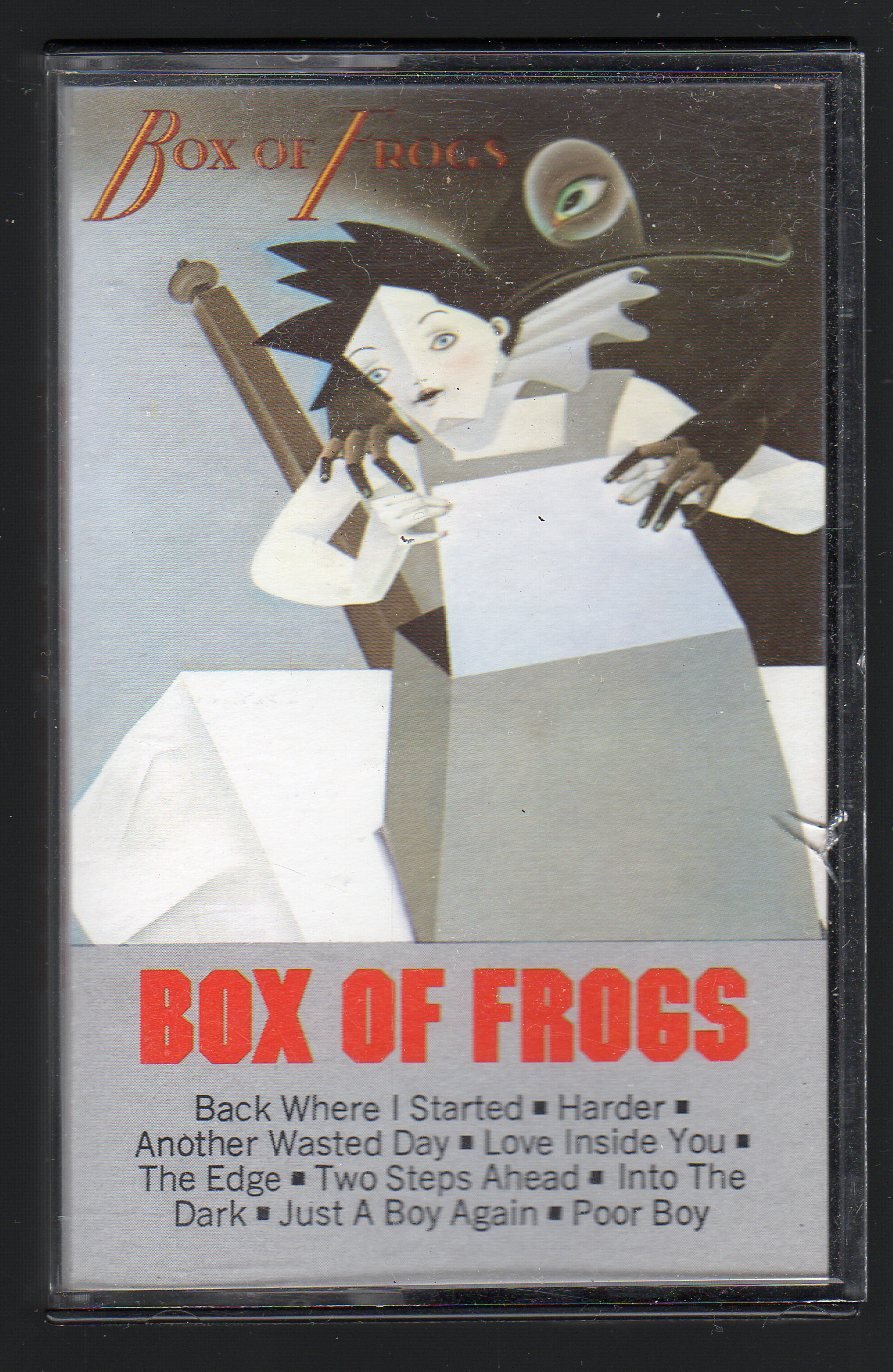 Tweet
Box of Frogs was a band formed in 1983 by former members of The Yardbirds, who released their first album in 1984. The core group comprised Chris Dreja, Paul Samwell-Smith, and Jim McCarty. Vocals on their eponymous album were done by John Fiddler, formerly of Medicine Head and British Lions; on the second album Fiddler sang on five tracks with guests including Graham Parker, Ian Dury and Roger Chapman singing lead on the others. Many musicians guested on their albums (including Rory Gallagher, Earl Slick and Mark Feltham), with several tracks featuring Steve Hackett. Former Yardbirds guitarists Jeff Beck and Jimmy Page guested on their first and second albums respectively.

The group showed promise on the first album of rock radio friendly tunes, featuring Jeff Beck. "Back Where I Started" was in the top ten in the U.S., and the album was a featured number one on college campuses. Plans were made for a U.S. tour, but it is alleged that Samwell-Smith, Dreja, and McCarty nixed the idea of the tour, much to John Fiddler's dismay.[citation needed] Jeff Beck, who along with Dzal Martin was considered as the lead guitarist for such a tour, was reportedly disgusted at his ex-bandmates' refusal to tour America. He took no part on the second album, and Fiddler barely chose to do so before walking out. "Asylum" is one of the few songs Fiddler sang on, and was the only one featuring Page.

The track Back Where I Started is regularly included in the set-list of the revived Yardbirds.