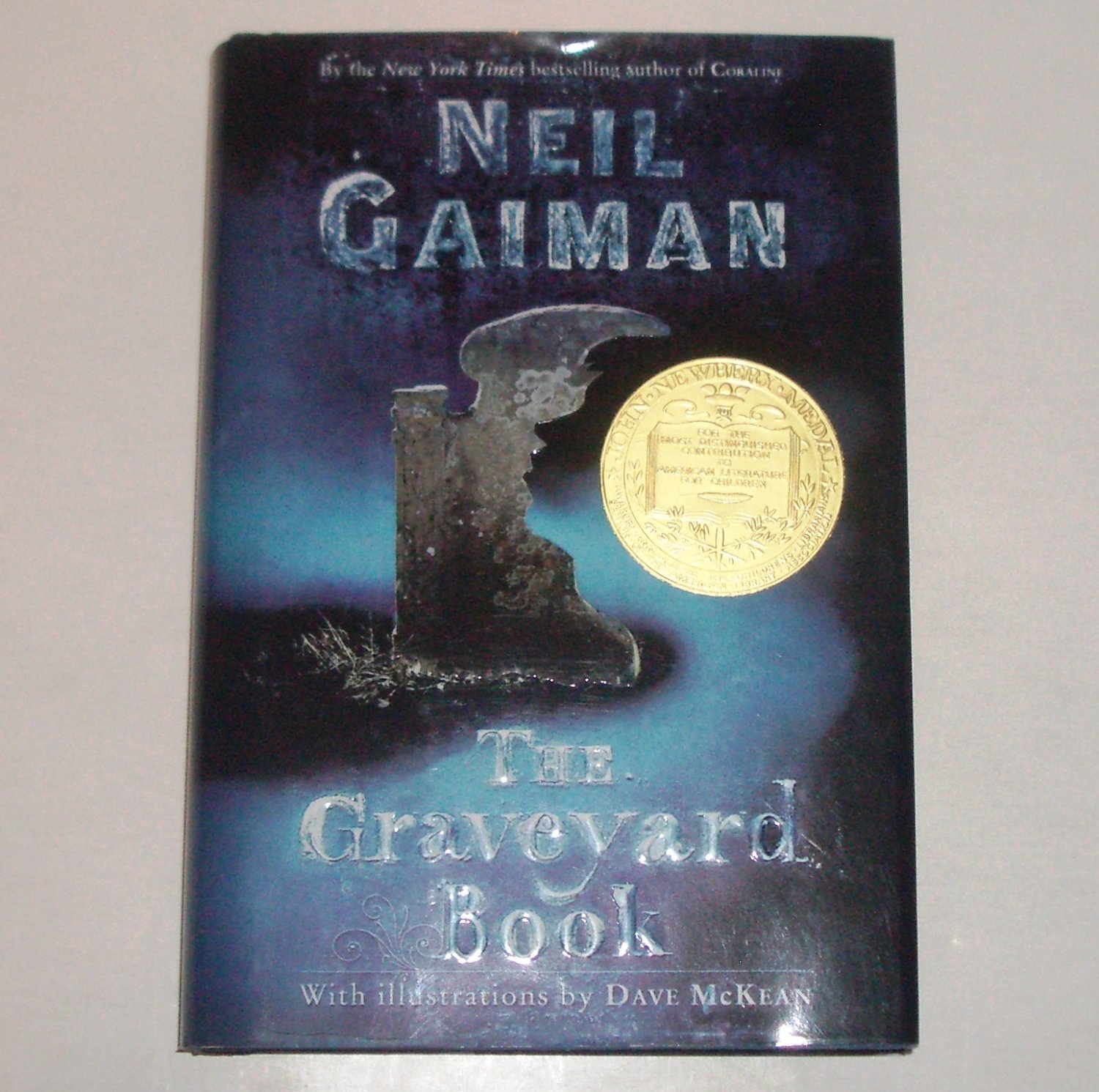 Tweet
Nobody Owens, known to his friends as Bod, is a normal boy. He would be completely normal if he didn't live in a sprawling graveyard, being raised and educated by ghosts, with a solitary guardian who belongs to neither the world of the living nor of the dead. There are dangers and adventures in the graveyard for a boy-an ancient Indigo Man beneath the hill, a gateway to a desert leading to an abandoned city of ghouls, the strange and terrible menace of the Sleer. But if Bod leaves the graveyard, then he will come under attack from the man Jack--who has already killed Bod's family. . . . Beloved master storyteller Neil Gaiman returns with a luminous new novel for the audience that embraced his "New York Times" bestselling modern classic Coraline. Magical, terrifying, and filled with breathtaking adventures, the graveyard book is sure to enthrall readers of all ages.

The dust jacket has some mild shelf wear. The book is in near new condition.
... [Full Description]